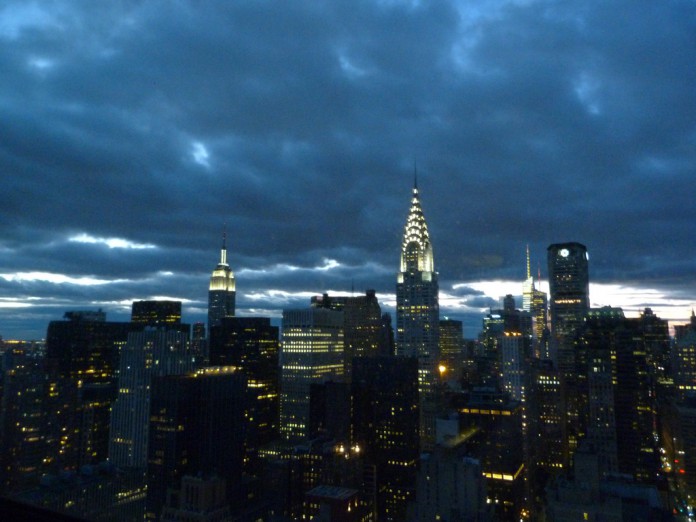 Wednesday’s Associated Students Senate meeting was stocked with efforts focused on reaching out to those affected by Hurricane Sandy, as well as initiatives aimed at improving the lives of the University of California Santa Barbara students.

During Public Forum, Finance Board Chair Raul Martinez proposed a new bill intending to generate a source of funding for students whose projects emphasize engineering and technology, naming it the Science, Technology, Aerospace and Capital Bill (STARK).

“We as Associated Students need to support students that want to develop their own project by providing them with funding to build and innovate,” Martinez said.

The resolution would allocate $10,000 for the projects and it would be taken from the Finance Board Lock-in, which is a fund pooled for groups that are a part of the Office of Student Life.

Although the bill is still in the formative stages, Martinez hopes to have it fully drafted and ready for presentation by the end of the quarter.

The senators then voted on and subsequently passed three resolutions that will be carried out in the following months.

The first of the resolutions was proposed in a prior meeting and has been entitled the “Hurricane Sandy Initiative.” Senator Mac Kennedy, a second-year, and first-year Residence Halls Association Representative-at-large Henry Morse took on the responsibility of creating a fundraising drive to begin the project.

“I think it’s important to use the resources we have to address the biggest concerns we face as people,” said Kennedy. “We are people before we are students, and when something so devastating happens, we have to come together and use our available resources to help our fellow people.”

As declared by the resolution, AS will match every dollar privately raised via fundraisers up to $25,000 and donate it to the American Red Cross for those affected by the storm. Kennedy and Morse, along with others, will ask for nominal donations of $1 and $5 from most students, while also seeking larger donations to ultimately reach their $25,000 goal.

Another approved resolution aims to “Ensure University-Wide Wi-Fi is Accomplished in a Timely Manner.” Students of UCSB are sure to notice that much like dead zones for cellular devices, there are certain spots on campus where one cannot connect to the campus wireless network. Senators Angela Lau and Andrew Soriano decided to address this by speaking to the necessary heads of departments on campus to get the wheels rolling on full Wi-Fi coverage throughout campus.

“We are just trying to assist and facilitate administration in assuring that University-wide Wi-Fi is complete by the end of this school year,” said second-year Lau.

The project comes at no additional cost to the school, but will ensure added convenience for students. Furthermore, along with wider Wi-Fi coverage, there will be new security encryption which will allow UCSB students to log in to the wireless portal and remain connected for the full academic year.

“Technology is progressing, and so should our school,” Lau added. “I mean, the world has iPad minis now, the least we could do is have Wi-Fi for everyone!”

The final resolution was sponsored by External Vice President of Local Affairs and fourth-year Rhandy Siordia, and will create a reimbursement system for an existing EVPLA project, entitled “An Initiative to Provide Safe and Accessible Transportation to Students.”

Students will identify a taxi as a “Yellow Cab” and present their UCSB access card with bus sticker, as well as California ID card or license. This info will then be copied on a carbon copy enabled receipt book, which will be submitted to AS. After processing, AS will forward the charges to the BARC office and charges will be made accordingly.

In order to prevent non-current UCSB students from abusing the system, an invoice program will be implemented so that if a past student attempts to feed their information to a driver, they will still be billed, as the university will have their information on record.

“In general, students should have the flexibility and access to a safe ride home, no matter how much cash they may or may not have in their wallets,” said Siordia.