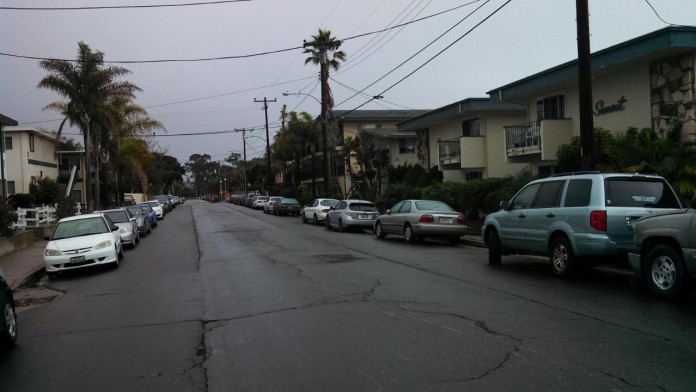 UPDATE: Sheriff’s deputies have apprehended 21-year-old Thomas Christensen and 21-year-old Brett Harris. Christensen faces charges of shooting a firearm with gross negligence and carrying a loaded firearm. Harris faces a charge of resisting arrest—officers said that he refused to come out of the house where the gunshots were heard.

Armed police units blocked off both ends of the 65 block of Sabado Tarde Road in response to an unidentified gunman who fired multiple shots early Saturday morning. Officers searched relentlessly for the man behind the trigger, and detained some subjects, but he may still be at large.

University of California Police Department officers responded to the reported gunshots at approximately 1:13 a.m. on Saturday morning. Police car units and armed policemen blocked off the stretch of Sabado Tarde between Embarcadero Road and Camino Pescadero as officers secured the street and searched for the gunman. Officers instructed residents—many of whom came out to the street to investigate the gunshots—to get inside their homes and stay out of the street.

“Everyone was out there trying to see what the f*ck was going on,” described UCSB student and Sabado Tarde resident Nikolai Berk. “Cops were just yelling at everyone to get inside.”

A suspect, described as a dark-haired man wearing a black shirt with stripes down the side and possibly armed with a pistol, fled west from the officers on Sabado Tarde. Police later detained several subjects that “may possibly be involved with the gunshots,” according to a UCSB Alert email, but it is not known if the gunman himself has been apprehended. UCPD and Sheriff’s Department spokesmen were unavailable for further comment.

Neither police reports nor first-hand accounts from the scene have indicated that anyone was injured by the gunshots.

Officers patrolled Sabado throughout much of the night, with guns drawn and shining flashlights into windows in an effort to apprehend the culprit. According to Sabado residents, some police units remained on the scene until around 11 a.m. on Saturday morning, though a UCSB Alert email sent at 7:25 a.m. indicated that the street has been re-opened.

Anyone with information regarding the shots is encouraged to contact the UCSB Police Department at (805) 893-3446.