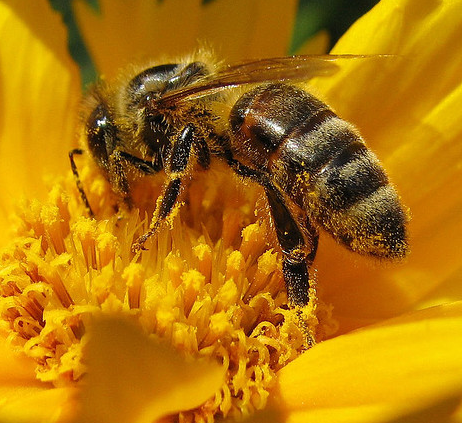 Apocephalus borealis, a parasitic fly that lays eggs inside of hosts, has caused a stir on the west coast of the United States. Since 2008, when biologist and San Francisco State University professor John Hafernik observed honey bees in the area behaving uncharacteristically, scientists have been looking into what might be a harmful issue for the honey bee, an insect that has drawn considerable media attention during the last decade due to its vital role in the production of food.

The fly, which is popularly being referred to as the “zombie fly” because of its parasitic practices, might be shifting its normal choice of host from bumblebees and paper wasps to honey bees, says beekeeper Randy Oliver’s website. It is possible that the flies have been targeting the honey bees for years now, going unnoticed by humans. On the other hand, if the flies have only recently been shifting to honey bees, their invasive method of reproduction could signal bad news for the honey bee. Either way, in California, parasites are most active during the fall and early winter months, which could factor into the recent findings of fly pupae in honey bees.

The honey bees used as hosts have a tendency to leave their hives at night and become attracted to lights. Their disoriented state, caused by the pupae consuming their insides, has earned the infected insects the nickname “zombees.” John Hafernik has even launched a website dedicated to tracking the host bees in a zombie apocalypse-like fashion; the website’s primary feature is the map that tracks which cities are being tested, which have confirmed cases of infected bees, and which have been tested and revealed an absence of “zombees.” The website also calls on “citizen scientists” to catch bees that are behaving oddly, contain them and submit pictures if pupae appear after the bees die.

The running concern about Colony Collapse Disorder and the sensational nature of this recent finding has fueled understandable fear, particularly in the media. Andrew Core, who authored the study appearing on Hafernik’s website, says understanding the parasite “may shed light on similar hive abandonment behaviors seen in CCD.” This may sound daunting given the important role honey bees play in food production, but he also says, “So far, the main causal suspects [of CCD] have been parasitic mites, fungal parasites, viral diseases and interactions amongst them,” indicating that parasites are not a new threat to bees.

Santa Barbara beekeeper Todd Bebb expressed concern about the fear of Zombees. Bee stories have a history of being sensationalized, he says. He recalled articles about the Africanized honey bee, known as the killer bee.

“It ended up just being media hype,” he said of those stories. He also mentioned the emergence of inexperienced people eager to find infected bees. “Now anyone that sees a bee by a light at night might instantly assume it’s a zombie,” he said. This could be problematic for beekeepers and biologists who wish to approach the potential problem with the care it deserves.

In Santa Barbara, there has been one confirmed case of an infected bee. The Santa Barbara Independent reported county agricultural authorities have not found a connection between the parasite and 12 Montecito hive die-offs.