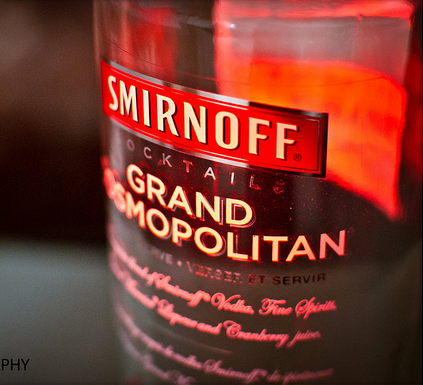 University of California Santa Barbara is known for its “party school” reputation, but was ranked the number 10 of all public national universities this year by the U.S. News & World Report. The high standards of academics and the party culture of Isla Vista don’t seem compatible. Is drug and alcohol misuse really a bigger problem at UCSB than at other colleges?

The UCSB Drug and Alcohol Program website states that “alcohol is ‘the drug of choice’” for most students. The 2009 Prevention Research Center (PRC) survey at UCSB showed that around 80 percent of students chose to drink alcohol, similar to the 82.2 percent of college students nationally that have had a drink in the last year, according to The Core Alcohol and Drug Survey in 2010. In the PRC survey 40 percent of UCSB students indicated binge drinking in the previous two weeks, a slightly lower statistic than the 43.9 percent of students nation wide that indicated binge drinking in the CORE survey. Binge drinking is defined as consuming five or more drinks in one sitting.

These statistics suggest that whilst binge drinking remains a concern at UCSB, it is no more of a concern than at other colleges. What is unique at UCSB is the setting in which drinking occurs. According to the 2010 US Census there are 19,677 students living in Isla Vista. There may not be drastically more students drinking at UCSB, but it is much more obvious. With parties raging on Del Playa every weekend it is easy to see why people believe drinking is more prevalent at UCSB, but perhaps the parties are simply more concentrated than at other colleges. Leila J. Rupp and Verta Taylor, professors in UCSB’s departments of feminist studies and sociology, respectively, wrote in 2010 in “Straight Girls Kissing” that at UCSB “Alcohol flows freely, drugs are available, women sport skimpy clothing, and students engage in a lot of hooking up.” Students are quoted saying that Isla Vista is “a little wild” and that it’s “a space where people feel really comfortable to let down their guards and to kind of let loose.”

Many students have the perception that there is a prevalence of drugs and alcohol at UCSB. Third year psychology major Chelsey Froh said, “Seriously, this school has a drug problem. They’re everywhere.” The 2008 Safer California Universities survey reported that 39 percent of students used marijuana in the past quarter, and 17 percent reported using other illegal drugs. Students at UCSB reported using amphetamines, cocaine, heroin, ecstasy and other hallucinogens. The study indicated that over the past few years there has been an increase in the illegal misuse of prescription drugs such as Vicodin and “study drugs” like Ritalin and Adderall. The drug use at UCSB is higher than the national average; according to the CORE survey, 18.1 percent of students reported using marijuana in the past 30 days and 4.2 percent reported using amphetamines or sedatives.

Jacqueline Kurta, the director of the Alcohol and Drug Program at UCSB, said, “There is growing concern of the use of prescription drugs and the way students mix them with alcohol. We are seeing an increased use in opiate pain medication often mixed with alcohol and this can cause particular risk to students.”

However, UCSB makes attempts to inform student of the dangers of mixing alcohol and drugs, and has new programs to help those already struggling with addiction problems. All new transfer and freshman students have to complete the online course AlcoholEdu, which is similar to previous courses, but more interactive.

The second requirement is only for freshmen, and consists of a 90-minute workshop called Gaucho FYI. It is completed in groups of 25 to 30 students and run by peer counselors. Topics including drug and alcohol safety, bike safety and sexual health are covered.

“There has [been] a very favourable response,” said Kurta. “Students have said they’ve gotten something out of it and would recommend it to a friend.”

New support groups for LGBTQ students and students trying to recover from alcohol and drug use have been put in place this year.

It appears that while alcohol misuse is a problem, it is the same problem facing colleges nationwide. The main concern is the use of drugs, in particular the mixture of alcohol and prescription drugs, which are readily available to students. UCSB is working hard to tackle these things, and with the new requirements and support groups, drug and alcohol misuse may decrease.