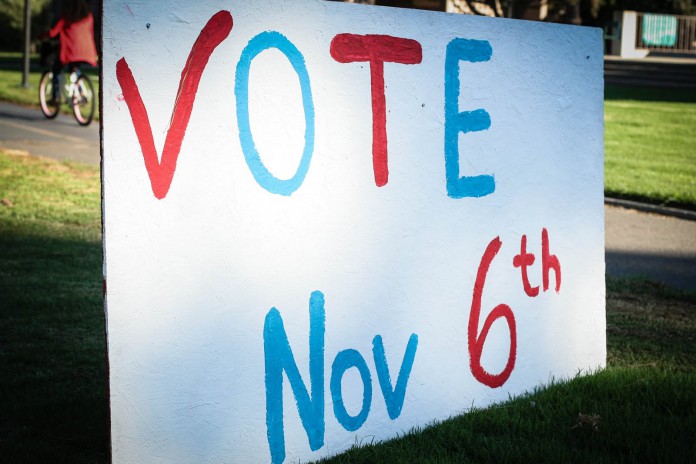 Over 11,000 voters were registered at University of California Santa Barbara since mid-August, breaking UCSB’s previous record of 10,800 registered voters in 2008.

“I made a campaign promise that if I was elected we would get 11,000 people registered to vote,” said External Vice President of Statewide Affairs Nadim Houssain, a fourth-year religious and global studies double major. “When I saw 11,000 I thought that would be a good goal, but I was shooting high. I remember mapping it out mathematically from the first day of school—it would have had to be 250 registered voters a day—and I was like ‘wow that’s a lot’ and I wasn’t sure if we were going to be able to sustain that.”

Students from the Residence Halls Association, Associate Students, Campus Democrats and the office of the External Vice President of Statewide Affairs have been working since mid-August to register 11,000 students to vote across the campus, in Isla Vista and at Week of Welcome events during the week leading up to the beginning of the school year.

“There was a huge push to get the biggest freshman class registered,” said RHA President and third-year political science major Jonathan Abboud, who helped with the voter registration drive and was instrumental in getting students living in the residence halls registered through door-to-door registration. “This was probably the most important year. There are a lot of issues on the ballot that do directly affect education, especially for the freshmen—a lot of issues on the ballot are going to affect them for the next four years.”

“I feel like that really helped us push it over to where we could break our record,” said Mellor. “I’m happy we kept our promises; I know people thought our goal was too high or we were thinking too big, and now we have proven that we can keep promises, we can do what we say we’re going to.”

“I want to emphasize how important it is that everyone who got involved really made this happen,” said David Washington, a third-year political science major. “We’ve done better than anybody has ever done as far as voter registration is concerned on our campus. I’m pretty satisfied.”

One issue that students who were a part of the voter registration drive still face is getting students to the polls on Nov. 6. Houssain reassures the campus about this issue, maintaining that his office will now focus on educating students about what would happen should propositions pass or fail in the November election to make sure students get out and vote. One of the first places the EVPSA office is targeting for voter education is the bike paths, and they have already begun putting up plywood signs informing students what will happen should Proposition 30 fail.