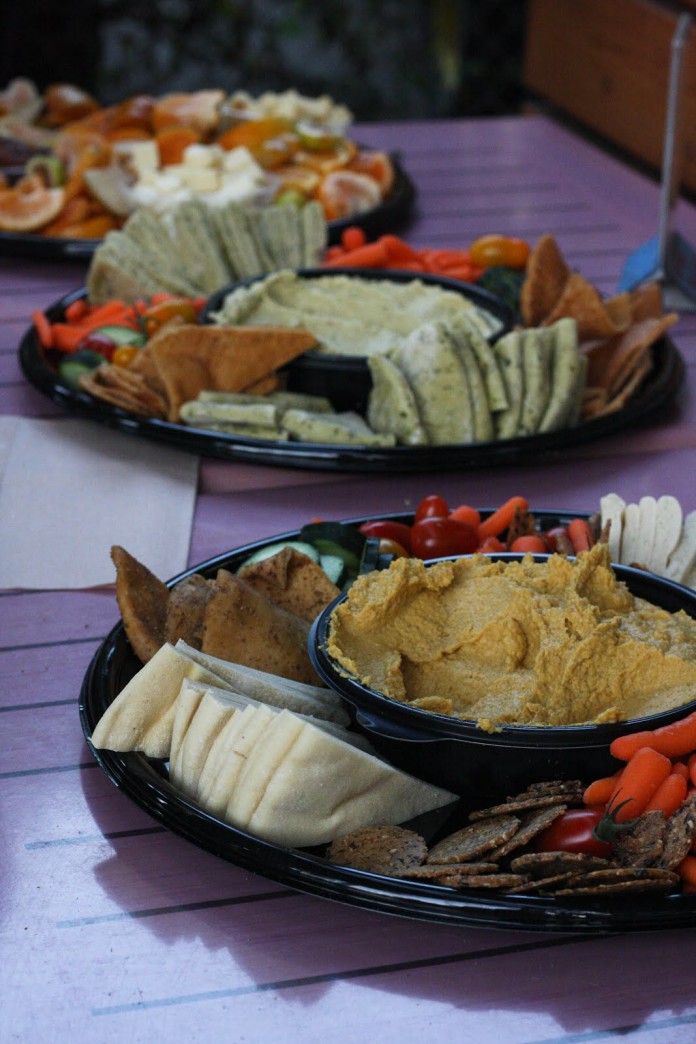 For nearly 40 years the Isla Vista Food Co-op has served Isla Vista residents, providing sustainable alternatives for the more environmentally conscious eater and promoting health and wellness throughout the community. Yet in just 30 short days, if it fails to raise $200,000, this little co-op by the sea could very well be replaced by a larger commercial grocery chain as early as Dec. 2013.

The Isla Vista Food Co-op has only been present in its current location for the past 32 years. Earlier this year, the Co-op was notified of the encroaching end of its lease term and the impending sale of the property. Rather than face the risk of losing the property to another buyer altogether, the Co-op decided to take advantage of its first option to buy.

With the building appraised at nearly $1.2 million face value, this essentially means that the Co-op will have to procure a sizable down payment rather quickly as a proof of funds to the landlord to secure its current location for the future. The remaining capital it currently needs to make this down payment and complete the purchase totals to roughly $200,000. Over the past two weeks, community meetings have been held to collaborate on methods to raise these funds over the next month.

Many residents proposed various fundraising methods to raise the money and save their Co-op. General Manager Melissa Cohen showed support of the ideas put forth at the meetings, saying, “I’m in favor of any idea that anyone wants to execute that they are very passionate about. If it’s a community driven idea that doesn’t affect our business operations, I’m really in favor of all those ideas.”

As of now, the Co-op is depending on what is known as crowd-funding to collect the remaining funds. This refers to the use of the networking of individuals to pool together their resources much like the Co-op is doing now through what it has named “Project We Own It.”

Over the years, the Co-op has become a pillar of environmental sustainability within the community, promoting activism and awareness. Several University of California Santa Barbara student groups have partnered with the Co-op in the past and many UCSB students regularly shop there for groceries.

Now, in this time of great need, the Co-op is looking to these same individuals for support. The Environmental Affairs Board has taken action to demonstrate its support for the Co-op dedicating its time and resources to the project.

Forest McMillin, a second-year environmental studies major and active member of EAB, stated that “EAB is basically adopting this project with working groups dedicated to this project.”

“The Environmental Affairs Board buys 90 percent of our food from the Co-op,” said Tessa Balboni, EAB Co-Chair. “This is the time the students must return the support. In order to preserve the Co-op, we must provide this support by spreading awareness. The Co-op is a hub for community activism. The Co-op is a place for the student, local and environmentally aware communities to all come together.”

The Food Co-op has also reached out to other groups in the community including the Student Collective, Isla Vista Tenants Union and Isla Vista Community Relations Committee. Project We Own It Community Organizer Abby Wolff has taken on the responsibility of outreach within the community, planning weekly meetings at the Co-op to further discuss a plan of action. The project has divided itself into three committees: Social Media, Events Planning and Grassroots Activation.

The Social Media committee is focusing on networking through platforms like Twitter and Facebook, and has already launched a website at www.projectweownit.org. The Events Planning committee has collaborated with local groups including Junipero, Rainbow Girls and the Givers and Takers, all of whom have committed to host benefit concerts in Isla Vista to collect donations and raise awareness. The Grassroots Activation committee is making an effort to reach out on campus, going into classrooms and meeting with various organizations.  Additionally, the Co-op has reached out to other local businesses in Isla Vista and has received an overwhelmingly positive response with upcoming fundraisers with Caje, IV Drip and Precious Slut, who may be holding a tattoo fundraiser in the coming weeks.

“That’s the key to crowd-source funding and making sure our generation keeps this place alive,” said Wolff.

While donations may be the most prominent source of funds for this project, there are several other ways students can contribute to Project We Own It. Fees from joining the Co-op will be used to fund this project so advocating for membership is another strategy the committees have been employing.

“There’s no place in this country where students have more voice with your dollars as consumers than in Isla Vista,” said Cohen. “You guys can give us $10 but that can ripple out and make waves throughout the country.”