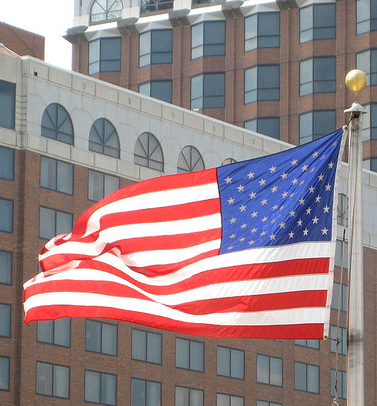 A panel of University of California Santa Barbara faculty members met on Oct. 25 for a public discussion regarding important topics of the upcoming presidential election. Topics including effectiveness of the campaigns, abortion, the role of social media in the election and economic inequality were addressed in front of an audience of university students, faculty and members of the Santa Barbara County community.

Bruce Bimber, professor of political science at UCSB and founder of CITS, acted as moderator. Once Lisa Parks, CITS director and professor of film and media studies, introduced Casillas, Everett, Lipsitz and Woolley, Bimber began the discussion with his first question regarding the outcome of the campaigns since Romney clinched the Republican nomination in May.
Woolley was first to weigh in; he considered the multiple political forecasts, focusing on the ones that show Romney as the forerunner according to pure fundamentals models that focus on the economy. However, collectively the forecasts show a narrow Obama lead, and this is likely because of the debates.

“The debates in this case have been particularly powerful—unusually powerful—in this campaign,” said Woolley.
Everett named buyer’s remorse as a cause for the narrow race. Some voters who elected Obama in 2008 are disappointed with his performance, and now wish to rethink their choice.

Bimber’s next question was on the topic of abortion and the role it has played in the election. Casillas voiced her concern that abortion and contraception, issues that were prominent decades ago, have still not been resolved. She said that focus on more pressing matters such as the economy is being taken away by “aged, old topics about women’s rights and women’s bodies. It’s not even okay to phrase it as a women’s issue,” but rather as stemming from Romney’s and Ryan’s Christian faith, which Casillas finds worrying.

Woolley agreed, asking, “Why are they [the Democrats] lame on this issue?” He said that if action was taken by the Democratic base, it would mobilize both the people who support them as well as those who oppose them.

“It is disappointing that they haven’t been more effective,” Woolley said.

Bimber then asked the panelists to assess the effectiveness of both candidates’ campaigns. In Everett’s opinion, President Obama as an individual has been effective at playing with the media because he is “able to roll with it” and “is willing to make fun of himself” on talk shows like “The View” and “Late Show with David Letterman.” However, his team’s lack of success with surrogates in reinforcing Obama’s successes is a major weakness. In contrast, Romney’s party is able to turn things around quickly when he himself makes possibly damaging gaffes.

Lipsitz stated that Obama’s campaigning achievements have not translated well into his governing. For example, in his campaign the president has relied on a “racially harmonious image,” Lipsitz said, yet the country’s deportation rates have hit historic highs under Obama’s presidency.
Woolley concurred about Obama’s successful campaigning, saying that he has been able to persuade voters up until early October that Romney was unreliable and economically untrustworthy. However, both candidates are running complicated campaigns focused mainly on undecided voters as opposed to having a mass market strategy, according to Wooley.

When asked about the role of social media compared to the 2008 election, Everett listed multiple ways that social media has been instrumental. It allows Republicans to catch up to Democrats in the social media department more quickly; even though Obama as an individual has more of a presence in the media than Romney, Romney’s team can correct that swiftly through social media. Next she mentioned that social media has made the idea of a participatory democracy more real, especially with the attention that Twitter receives for posts of real-time dialogue during the debates.

Lastly, Bimber opened the discussion to the audience and allowed them to pose questions for the panel. One audience member asked for thought about the public benefit from the length and nature of campaigns.

Woolley and Casillas conceded there was little benefit to voters, who make their decision roughly six months before the election and stick to it. Rather the benefit comes from the economic stimulus the campaign fuels, and the media and advertisement industries see the bulk of the profit.