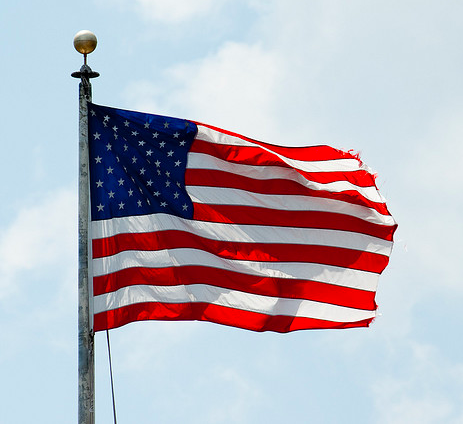 The debate over health care is often a hot topic among politicians, and since the existence of Obamacare seems to be hanging in the balance with the upcoming elections, the issue seems to be taking on a life of its own. Republicans argue that The Affordable Health Care Act, also known as Obamacare, is yet another government experiment with a chokehold on the economy, while Democrats argue that the act is the closest thing to a humane and affordable health insurance plan for all.

Lois Capps and Abel Maldonado fit into these two molds like a candy-craved kid on Halloween.

Before Lois Capps became a congresswoman she was a school nurse and a voice for efficient health care in Santa Barbara County. Lois Capps remains one of the biggest supporters for the Affordable Health Care Act, which enables:

An efficient alternative form of insurance funded by the government

Insurance companies can’t deny anyone with preexisting conditions by 2014

It will cost about $940 billion over the next 10 years, but it will actually reduce the national deficient by 1.2 trillion dollars

It will be paid through budget costs, taxes, and government funding

At the 2012 Congressional Debate in San Luis Obispo in September, Lois Capps stated that “we should have the right to access to health care.” When discussing the Affordable Health Care Act she also said, “There are many provisions that are beginning to work.” She went on to explain how since the passing of the Affordable Health Care Act, 60,000 senior citizens have been able to get prescription drugs much cheaper and that thousands of young people are able to stay insured under their parent’s plan because they are 26 or younger. Also, approximately 500 small businesses can provide insurance for workers at a much reduced rate. Lois Capps concluded that “It’s not a perfect law. We can make it better” and that “we have many challenges facing us but we have made progress.”

Abel Maldonado’s health care plan seems to line up perfectly with the Republican party. He would like to repeal The Affordable Health Care Act and replace it with a more efficient private health care system similar to what we had before Obama. Maldonado maintains that there are a few things that are good about the Affordable Health Care Act, but most are detrimental to the economy and country. Maldonado claims that the act will be extremely harmful for the current Medicare program. He wrote an article stating the fact that, “In an interview on CBS’ Face the Nation, the president’s deputy campaign manager characterized it as ‘$700 billion in cuts to Medicare.’”

Encourages freedom and competition, which are both potentially good for the economy

When addressing the audience at the 2012 Congressional Debate in San Luis Obispo, Maldonado began by saying that he liked a few things from the Affordable Health Care Act, including coverage of pre-existing diseases and of young people up to the age of 26 under their parent’s insurance. He then explained why he wants to repeal Obamacare. He stated that, “It wasn’t bi-partisan” and continued to make a case for repealing the act by throwing in a power punch and saying, “Actually we have health care for everybody today. It’s called the emergency room and it’s too expensive.”

When Maldonado discussed ideas for correcting the act he proposed allowing people to buy insurance across states and creating a health insurance savings account. Maldonado concluded by addressing the new taxes brought upon by the act and also touched on the delicate topic of a 15-person board of unelected experts to oversee the nation’s health care system. Capps is a supporter of this health care oversight committee and Maldonado is not.

It’s easy to see that both politicians differ greatly when it comes to health care and more importantly the use of Obamacare. These elections have the capability of completely reshaping health care as we know it. We will either continue down the path of exploring the possibilities of a more public government supported health care system or repeal Obamacare and stick with what we know in a private health care system. Ultimately it’s up to you as the voter. No pressure.