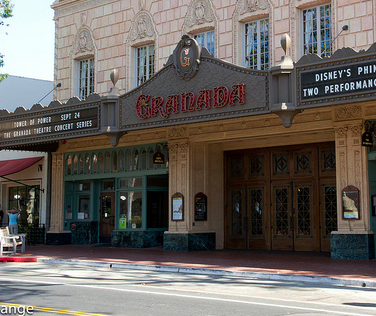 That the Akram Khan Company differs starkly from other contemporary dance groups was shown by the intensity and conceptual clarity exhibited in their performance of “Vertical Roads” at the Granada Theatre on Sunday, Oct. 14.

“Vertical Roads” explored spirituality’s influence upon humanity. The choreography of the piece exemplified a powerful blend of the poetic and the abstract, raising questions and demanding that the audience engage with the work in an earnest manner. A Rumi poem provided the conceptual through line of the piece.

According to company tour manager Arthur Laurent, choreographer and company founder Khan researched and prepared his ideas for a year prior to creating “Vertical Roads.” Subsequently, it took about three months of intense studio work, with workdays spanning 10 to 12 hours, to actually choreograph the piece. Khan collaborated closely with composer Nitin Sawhney from the outset of the creative process. Another important member of the creative team was dramaturge Ruth Little, who helped develop a coherent conceptual arc for the piece. The close collaboration of the choreographer, composer, costume designer and lighting designer was evident in the clarity of the artistic vision presented.

The Santa Barbara performance was the 166th showing of the piece. The ability of the dancers to keep their movement authentic reflected their professionalism and loyalty to the choreographer’s vision. Though touring is an arduous process, the stirring musical score provided a powerful impetus for dancers to overcome physical exhaustion and perform the piece to the utmost of their abilities.

“Music gives me the power to go on,” shared company dancer Andrej Petrovic.

Khan is one of the most prominent contemporary choreographers working in Britain. His classical Indian Kathak dance training, along with modern dance influences, defines the company’s movement aesthetic. Khan’s choreography was featured in the 2012 Olympic Opening Ceremony.

The Akram Khan Company was founded in 2000 with the goal of creating uncompromised artistic narratives. It continues to innovate by amalgamating diverse movement and thought traditions to create intellectually and visually provoking works.

“In a world moving so fast, with the growth of technology and information, I am somehow inclined to move against this current, in search of what it might mean to be connected not just spiritually, but vertically,” reflected Khan in the program description of Vertical Roads. The piece indeed embraced stillness and seemed to transform the audience’s time perception.

Powerful symbols present throughout the piece included black tablets being stacked and knocked over in a domino chain that resonated in the dancers’ movement and the progression of the piece. According to Petrovic, the choreographer originally considered using real religious texts instead of tablets, but the notion was considered to be too literal and potentially divisive.

This performance was the company’s second visit to Santa Barbara. The work’s intelligent commentary seemed to resonate with the Santa Barbara audience, warranting a standing ovation. Khan’s work is art of the highest caliber, rich with philosophical exploration and creative genius.