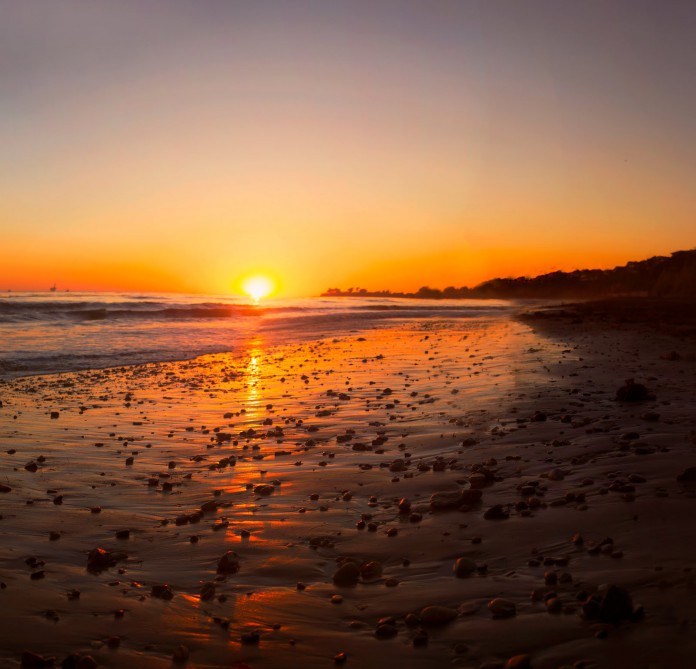 How do we know when our ocean is healthy and when it is sick? How do we define what is “healthy” for an ecosystem that consists of so many complex and varied species, including ourselves?

These are some of the questions Ben Halpern and his team have been grappling with over the past three years as they pieced together the new Ocean Health Index. The construction of one comprehensive metric to determine the health of the world’s oceans was a colossal task, indeed. With a team of about one hundred across the country and across the world, Halpern has finally put forward, among many more particular calculations, one number to signify the composite health of the oceans of the world: sixty. Sixty out of one hundred.

The new Ocean Health Index (OHI) is not only another hard science report on the ocean; its approach to research holds serious implications for the future of marine conservation efforts and our conception of man’s relationship to nature.

“We are really trying to reframe the discussion and approach as to how people think about managing the ocean, so its not just about locking up nature and trying to get to a pristine ocean, because it’s not possible anymore.” Halpern said of the project. “How do we [manage] in a way that’s still sustainable and meaningful and healthy for the ocean, but also for people?”

The Ocean Health Index represents a conservation paradigm that is relatively new. Whereas most conservation research in the past has focused on understanding what ecosystems could look like free of all human activity, the OHI defines and studies ocean health in terms of how people value and interact with it. According to Hunter Lenihan of the Marine Science Institute, this shift is a recognition of humans’ global impacts today. “We have realized that we basically live now on a completely human dominated planet,” Lenihan said, “so it is hard to keep humans out of the equation.”

Constructing that equation has been the hard part. Once we accept humans as integral components of so many ecosystems, the question becomes: how do we valuate those systems and our behavior within them? Halpern and the OHI team say that we must begin with human subjectivity and human values to answer such a question. Reaching outside of the normal sphere of work for scientists, they studied a myriad of public documents from around the world and compiled a list of ten “widely-shared socio-ecological goals.”

Steve Gaines, Dean of the Bren School of Environmental Science and Management and contributor to the OHI project, emphasized the comprehensive nature of the inquiry. “This is really trying to think collectively at society as a whole,” he said. “What is the range of things that people value?”

The public goals they decided upon are intended to be a reflection of common core values. They include things one would normal associate with scientific data, such as carbon storage ability and biodiversity, but also some things you don’t usually find in scientific jargon such as “sense of place.” With these value-laden goals as a starting point, the team then set off to determine how effectively different coastal waters, and the global ocean in composite, are at meeting each these human goals on a scale of 1-100.

Valuating nature is a contentious topic among conservationists and environmentalists. Historically, the environmentalist movement has argued for the intrinsic value of nature—value that cannot be calculated in human terms—and thus the need to preserve and protect nature for it’s in own sake. The OHI, however, contradicts this tradition in some sense as it tries to quantify these notions.

According to Gaines, human-centered calculations like the OHI are part of a growing trend in conservation science in the last 15 years—what is called “ecosystem services.” Essentially ecosystem service analyses are concerned with evaluating natural systems to assign them economic values based on the benefits they offer people.

The OHI methodology, however, does not see these two perspectives as irreconcilable. Halpern, lead scientist on the project, agrees that the intrinsic value of nature is an important part of why we must conserve, but, he said, “it can’t be the sole purpose.” The breadth of the 10 public goals attempts to incorporate considerations of intrinsic value alongside cold economic value.

“At least two of the goals, the biodiversity goal and the clean water goal directly come from the fact that people value nature for nature’s sake,” Halpern said.

The intrinsic value aspects are stuffed into the OHI calculator as naked numbers—a contradiction of their original meaning. While some of the content of the research may pay respect to intrinsic values, the quantitative form of the index as a whole threatens to subsume those notions in a very different logic.

Nevertheless, the OHI ethos is one of practicality, attempting to bring together the disparate ways that humans value nature for a working tool that people can put to use and build upon.

“Its not even close to being perfect,” Gaines said, “You put it out there and it creates an incentive for people to do better and better through time.”

The OHI is a significant step forward in the practical application of conservation science. The people behind it realize that scientific data alone is a tool, not a solution. Halpern believes collectively held human values are, in the end, central to these issues: “It’s not a scientific problem, it’s a public policy problem. What is it that people care about?”