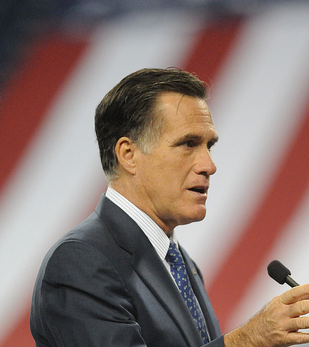 If Mitt Romney gets elected and Obamacare gets repealed, voters will have to decide on a new system deemed “Romneycare.”

“The comparison between the Affordable Care and Patient Protection Act and a future Romney policy on health care can’t really be carried out in a definitive way,” said M. Stephen Weatherford, a political science professor at University of California Santa Barbara. “Since it poses a contrast between detailed, enacted legislation and what, at this point, amounts to a clear but vague ideological difference along with a couple of lines thrown off in the last presidential debate.”

Romneycare and Obamacare are fundamentally the same type of health care system. Both systems require penalizing those individuals that do not obtain health insurance, demand employers to provide health plans to employees and plan to expand Medicaid programs. Additionally, they focus in on how young adults are affected by the issue.

Romneycare, as well as Obamacare, has individual mandates that require those individuals without health insurance to be taxed an extra fee from the IRS. It is a tax penalty of $19 per month or $228 per year as of the year 2012 for the individual that brings in an income at 150 to 200 percent of the Federal Poverty Guidelines (FPG). Those with an income of 300 percent or more in the FPG will pay $105 per month or $1260 per year. This penalty system secures citizens acquire health insurance for the health of the nation. There still remain residents who would rather pay for a penalty fee than a health care plan.

Businesses receive their share in regard to the health care system. Romneycare provides any business that has 11 or more full-time employees with health insurance. However, unlike Obamacare, Romneycare does not offer tax credit to small businesses that choose to offer health coverage to their laborers.

The Medicare program with Romneycare developed a “premium support” idea. It behaves as a solution to paying off health care providers. Such beneficiaries would then obtain vouchers to buy personal insurance from private insurers.  These vouchers are monetary contributions from the government to support the people applying for private insurance. It makes it more affordable for people to pay for their health insurance plan.

Romney’s health system also touches on the topic of low-income families. In Massachusetts, where Romney served as governor and enacted his policy, residents of the state receive Medicaid if they earn 150 percent or less out of the Federal Poverty level.

Romney hopes to use Romneycare as a strategy in designating a specific health care system nationwide. He says he is willing to fund each state with an amount of the government to come through for the disadvantaged population.

According to an article by Abby Goodnough in The New York Times, Romney also guarantees a possibility for people with pre-existing conditions to also take advantage of the health insurance. However, this only pertains to those citizens who have had coverage for a long time without a significant gap.

Romney says that this strategy plans to fund each state with an amount of money from the government to come through for the most of the disadvantaged population. In other words, each state will have different health care regulations accordingly to how many residents it has, along with other similar details.

Though many Americans are presented with the idea that Romneycare is slightly more restrictive than Obamacare, these plans are more similar that different.