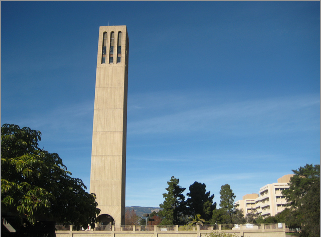 The University of California Santa Barbara’s campus is home to sunny skies and long stretches of California coastline. The campus is well-known as a warm, friendly and coastal paradise where students work hard and play way harder. Not to be overlooked is the hotbed of political action teeming with fresh, critical and investigative minds.

“I browse through CNN’s top headlines, especially world news,” said second-year mathematics major Timothy Rachlin. “I try to keep myself educated and up to date on whatever goes on in the world.”

College is a period of political transformation for many students. Political ideologies are challenged, transformed and strengthened during the four years students spend learning about the world and where they fit in it. UCSB’s Campus Democrats and College Republicans both catalyze and feed off of this well-established trend.

The UCSB Campus Democrats hosted a vice presidential debate party at Javan’s restaurant in Isla Vista on Oct. 11, which I attended in order to find out more about the organization and the way it operates.

Once the debate began, a quiet, attentive air spread throughout the room. The group remained calm as the students thoughtfully followed the debate and exploded in waves of laughter and applause in response to some of Vice President Joe Biden’s more memorable lines.

After the debate I got a chance to sit down with fourth-year CCS physics major and president of the UCSB Campus Democrats, Erik Anciaux, to learn a little bit more about the organization and its mission.

“[Our mission is] to maximize democratic participation among the Isla Vista and UCSB campus communities,” said Anciaux. “The most important thing we do is voter registration.”

Anciaux stressed the importance of getting students registered to vote and claimed that it is the number one focus of the Campus Democrats until the registration deadline. After the deadline, they will shift their focus toward informing students about upcoming and ongoing issues.

“We talk about politics, different issues that are going on in our community, how we can get involved and where we stand as a club,” Anciaux said. “We’re a really strong, close-knit community of people that identify as Democrats.”

The UCSB College Republicans are also a strong community on campus. According to the group’s Facebook page, their mission includes recruiting, informing, training and empowering both existing and potential Republicans at UCSB.

“College campuses today are ideological battle grounds for the future of America due to the liberal dominion over college faculty, curriculum and administration,” the page reads.

Second-year political science and economics double major, Mitt Romney Campaign Volunteer and UCSB College Republican Eric Czubiak spoke about the group and some of their goals and activities.

“We try to provide the national party stance on national and local issues, but since we’re on a college campus we tend to provide both sides of issues,” Czubiak said. “We don’t pressure you to choose one side or the other. We encourage you to make decisions for yourself.”

“In our meetings we discuss opportunities for students to get involved on campus, how they can support Republican-endorsed candidates. We talk about current events, eat pizza, wear sick tanks, have social gatherings and really cool retreats two times a year where we party a lot with Republicans.”

The group makes a real effort to form a supportive community of informed and opinionated individuals. They sponsor several events that strengthen both their bond with one another and their political views.

Both the UCSB Campus Democrats and College Republicans play a role in making UCSB the politically informed and active campus that it is finally beginning to be recognized as. Each group makes a difference by getting students to register to vote and by giving them the information they need to make mature and informed decisions when they do vote.

Both groups strive to create a space for students to have fun, meet friends, get informed and get involved in issues that really affect every single one of us.

“We [Campus Democrats and College Republicans] have a great working relationship over the past few years and really our missions are the same. We’re here to get students informed and involved in the political process,” Anciaux concluded.