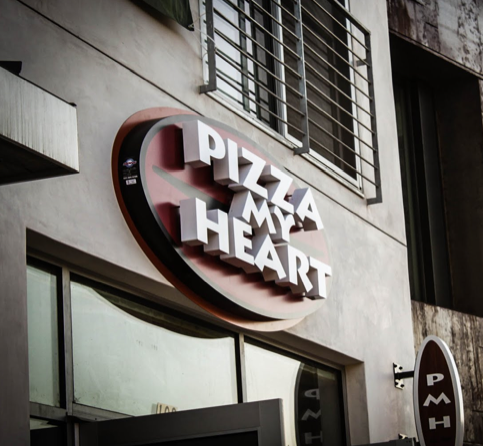 The Loop stands out in Isla Vista like a businessman in a suit stands out in a group of surfers fresh from the ocean. It stands tall, shiny and new amidst the older, quainter establishments of Isla Vista.

Not every student is enthusiastic about these new additions to Isla Vista.

“I don’t really think The Loop adds anything except for big commercial buildings, and I guess some good food,” said Stephanie Sims, a third-year comparative literature and French major.

The Loop stands out from most of the surrounding buildings. It is more modern, and rises higher than almost all of them.

The vibe that Crushcakes & Café gives off is decidedly more modern than other Isla Vista businesses. It maintains a clean, urban feel, with modern alternative music playing in the store.

“There was a lot more local stuff before in IV. It’s fine, but it seems like they’re trying to make it more of a downtown scene, but we have a downtown,” Sims said. “I don’t think we need that here.”

Other students don’t mind the downtown feel as much, though, and enjoy the food.

“The cupcakes at Crushcakes are good, a bit overpriced, but what isn’t in IV,” said Arianne Caudal, a second-year biochemistry major. At the same time, residents of Isla Vista residents are not rushing to abandon their local places. “I feel like local businesses have a pretty good selection of things you can’t get anywhere else but IV. The Loop just adds another section that’s more modern and chic.”

Though Pizza My Heart has not opened yet, it is already igniting buzz from many Northern Californian students. Pizza My Heart will bring something new to Isla Vista, according to store manager Beau Patania.

“Everybody has their own niche, and we’ve got by the slice pizza with fresh made salads every day, and you can get in and get out in five or ten minutes no problem,” Patania said. “This is a really nice place to sit down, do your homework with free Wi-Fi and get some good fast pizza,” added Patania. Pizza My Heart also fits into Isla Vista’s culture of family-owned businesses, as it is one itself.

“We’re very laid back, and we enjoy what we do, and we don’t get caught up in that corporate attitude. We don’t answer to anyone but ourselves,” Patania said.

New App Will “FLIP” the Way You Study