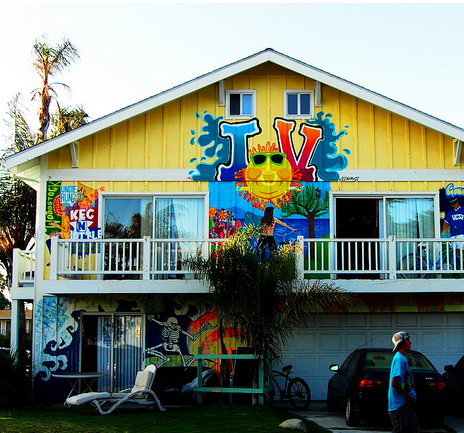 Isla Vista has changed a lot in the past year, and students and residents have certainly noticed the large steps the town has taken toward its future. Several new development projects have been planned and a few have already been completed. Some students and residents ardently oppose this increased corporatization and gentrification of IV; however, the increase in development and renewal in Isla Vista is something that the entire community stands to benefit from.

There are now new, modern apartment complexes on Camino Del Sur, Pardall and Embarcadero Del Norte. Because of these developments, the UCSB community now stands as a perfect example to the potential benefits of continued urban development.

The ICON Company specializes in building modern, upscale student housing and will continue to play a big role in the redevelopment of Isla Vista, with new project plans ready to break ground as soon as next year. According to the company’s press release, the Embarcadero Del Norte facility was developed in response to the significant shortage of newly built, high-quality and high amenity off-campus housing.

This shortage is the result of Isla Vista’s decay in recent years; little to no housing projects had been completed until recently. Students had limited housing options and many have expressed concerns about being mistreated by their property management companies.

The new development projects offer students an alternative option and also insert competition into the Isla Vista real estate market, which is advantageous to students and other potential residents alike.

Another benefit of new development projects is the opportunity for new retail space. Icon’s apartments include a first floor dedicated to retail; Pizza My Heart and Crushcakes are two popular eateries located in the Icon complex.

More retail space means more employment opportunities for all Isla Vistans, something many have been struggling to attain for quite some time. In any economic downturn, it is definitely a good thing to have money invested in an area’s real estate and infrastructure; jobs are created in everything from retail to construction.

One argument posed against new development is that it favors larger chain restaurants and pushes away family-owned businesses that have been around for years. While this could be interpreted as true, it is misleading. Any new restaurant is going to generate buzz and present competition for existing businesses, chain or family owned. There are many great businesses such as Rosarito’s and Isla Vista Market that have been around and thriving for decades under family ownership despite new development projects. Freebirds started out as a family-owned restaurant in Isla Vista and now has chains throughout California.

Isla Vista is truly a unique place; in fact, several things that make IV unique also make it immune to many of the more negative effects of urban renewal and gentrification. One of the biggest issues with gentrification is the way it makes property values and therefore property taxes rise. This trend often forces a long established group of residents elsewhere to find cheaper housing.

In Isla Vista, most residents only stay for three to four years and there is no long-established culture to uproot. IV is a college town and as long as it is adjacent to UCSB, it will remain a college town. Students will live here and they will be the ultimate deciding factor in the pricing of Isla Vista real estate.

Development will lead to cleaner, more efficient buildings—more choices, more jobs and a new, refreshed and safer Isla Vista for every person who calls it home.