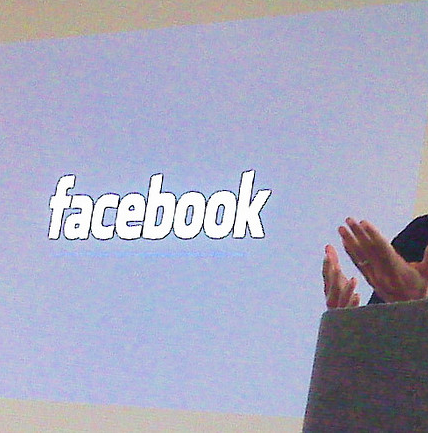 Facebook will now give users the opportunity to send each other gifts after the acquisition of the app, Karma. According to The Wall Street Journal, the expansion from advertising in to commerce has led to a rise in share prices.

The app allows people to send gifts to friends via Facebook and is currently being gradually introduced to United States users. The birthday and anniversary reminders already in place will now be accompanied with a gift button to back kind words. The benefits are similar to those from Internet shopping, but you don’t need to know the recipient’s address, they’d enter the information themselves. The gift can be made public and shared on to the recipient’s wall, or kept in a private message, but the gift remains “unwrapped” until opened. According to Facebook, once opened “Friends enter their own shipping info and can swap for a different size, flavour or style before the gift ships.”

This may well become successful as a last minute gifting tool. The person receiving the present can see they have been sent one immediately. This means they know their friend was thinking of them on that day, without the worry of unreliable shipping times. The customization process before the present is sent out is also useful, and Facebook is recommending gifts based on profile history. Whilst Facebook would only be using profile information friends would be able to access, the systematically finding of presents in relation to likes, statuses and events have left some concerns surrounding privacy issues.
Facebook has had one billion monthly active users as of October, but has had difficulty in raising revenue from these users. In the past, Facebook has made its money through advertising.

According to TechCrunch, Facebook made $9.51 per person from its US and Canadian users in 2011 through advertising revenue. By expanding from an advertising model to a commercial one through the gift app, Facebook stands to make a lot more money per user in 2012. The collection of credit card numbers and home addresses they stand to gain will also likely become profitable in the future. Investors have recognized this and share prices have risen.

Boost in share prices has also been helped by their rapid growth in mobile advertising revenue. Facebook said they made 14 percent of their advertising revenue from mobile ads. This has allayed fears that Facebook could not capitalize from their mobile and tablet users.

This is much needed good news for Facebook, which was valued at $104 billion when it held its Initial Public Offering on May 18. Underwriters gave the company the value of $38 per a share, which many thought was overvaluing the company. Shares fell to by as much as 50 percent in the following months. According to Reuters, Facebook has been accused of withholding information from investors and is now facing lawsuits from at least 33 investors, to be centralized before a federal judge in New York.

Facebook looks set to maintain growth over the coming quarter despite earlier concerns. The increase in advertising revenue from mobile users combined with expansion into the commercial sector will see Facebook remain as a formidable competitor in the web market.