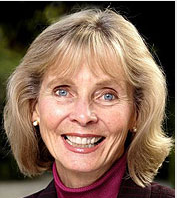 Congresswoman Lois Capps hosted a workshop on Oct. 11 at the Santa Barbara City College Wake Center to assist AB540 students, or “DREAMers,” in navigating the lengthy application for deferred action, postponing their possible deportation from the U.S.

A sizeable, predominantly Latino audience listened as Congresswoman Capps spoke about the application process and about recent legislation affecting the 1.4 million undocumented immigrants who, according to the non-partisan Immigration Policy Center, would be eligible for deferred action. The workshop follows the announcement on June 15 by U.S. Secretary of Homeland Security, Janet Napolitano, that immigrants who were brought into the country as children and plan on attending college or serving in the military could apply to be exempted from the deportation process for two years, with the possibility of renewal on a case by case basis.

One of these cases is Anna Aguilar. Aguilar was brought to the states when she was just six months old. Now nineteen, Aguilar wants to pursue a biology major but is doubtful about her future. Aguilar explained her uncertainty about the application process.

“I’m a very anxious person, so when I come to these things I think, ‘What if they don’t have the answers for me?’” Aguilar said. “[I just want] to feel comfortable living in this country and not have to look behind my shoulder every single time I go out or if I want to drive.”

At the end of the workshop, Congresswoman Capps spoke emphatically about her stance on immigration.

“It is so important that we pass the DREAM Act. I am very committed to doing it,” said Capps. Capps also summarized the difficulties of influencing immigration reform. “There are many of us who have been very impatient, waiting for the opportunity, many of my colleagues in Congress, we want to pass comprehensive immigration reform…but as of yet, we don’t have a majority in the House of Representatives or in the Senate. So, vote.”

The Congresswoman’s urging comes at a critical point of policy decision in the US. It is issues precisely like the DREAM Act that could potentially sway undecided voters.

Both President Barack Obama and Former Massachusetts Governor, Mitt Romney, have blamed a lack of Congressional action for leaving undocumented immigrants in a status many call “the shadow.” On June 17, President Obama gave a speech in the White House Rose Garden repeating his stance on immigration in nearly identical words to those in his State of the Union address. “I’ve said time and time and time again to Congress, send me the DREAM Act, put it on my desk, and I will sign it right away.”

Two days later, Republican nominee Mitt Romney spoke in an interview regarding the decision of the White House to allow illegal immigrants to apply for deferred action. “He [Obama] called it a stop gap measure. I don’t know why he feels stop gap measures are the right way to go. I would work with Congress to put in place a long term solution for the children of those that have come here illegally and I’ve said, for instance, that those who serve in the military I would give permanent residence to.”

When asked if he would repeal the decision of deferred action if elected to office, Romney replied, “We’ll look at that as setting as we reach that.”

In the meantime, however, until November, people like Aguilar will simply have to continue to wait in the shadow.