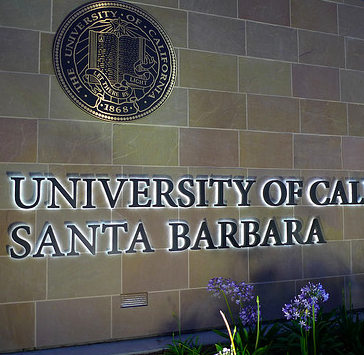 The Associated Students Senate discussed Proposition 30 and the role of the Student Advocate General at the most recent AS Senate meeting on Oct. 3.

The senators debated an amendment that removes the Student Advocate General’s ability to pursue “political advocacy on behalf of the student body” after worries arose over the SAG stance on Prop 30. The amendment failed to pass with two-thirds majority with 11 for, nine against and two abstaining. The amendments prompted an hour and a half long debate on the political roles the SAG and members of AS were allowed to pursue.

Yoel Haile, the UCSB Student Advocate General, defended his perceived right to promote Proposition 30 and the effects it would have on students. The Student Advocate General provides guidance and advice to UCSB students involved in the campuses judicial processes. Haile said that his position as a defender of students includes supporting Proposition 30.

“Non-partisan does not mean not political,” said Haile. “My office will always remain non-partisan and objective…That does not mean we have to stay neutral in instances that affect a lot of students…A huge amount of students will be directly affected if Prop 30 doesn’t pass, myself included.”

The senators were severely split on the issue. Off-Campus Senator Corey Wheeler argued for the amendment, stating that since not all students support Proposition 30, it was not within Haile’s right as SAG to advocate for it.

“I do think the Student General should be there for any student that needs it,” said Corey. “I can appreciate your desire to reach out to students, but I don’t think that the student advocate general office should be an activist role. I think that it should be there to represents students, but not go out and try to find all of these problems. That expands the office more than what I think it needs to be expanded to.”

Other Senators agreed with Wheeler, including Jonathan Abboud, Collegiate Senator and the author of the bill proposing the amendments.

“No where in the bill of rights does it say the Student Advocate General is supposed to be political,” said Abboud. “Political is different than advocation for students for campus policies…The Student Advocate General has no place to say ‘this bill in the state legislature will help students and I’m advocating for it’ because that’s not what the purpose of the position is.”

Letters and Sciences Senator Ashkon Rahbari disagreed with Abboud and said every stance AS makes is a political decision.

“We have to acknowledge the reality that thousands of students are going to be affected by certain policies and Yoel advocating for that only helps,” said Rahbari, “Everything is political. We can’t draw that line. All we can say concrete objectively what he cannot do. Can he endorse a candidate running for office? No. But can he advocate on behalf of the students against certain policies? Yes.”

AS President Sophia Armen questioned if the Senate was using its time efficiently by arguing what “political” meant in relation to the SAG.

“You have finite time here,” said Armen. “You can sit here and talk about the word ‘political’. Is that it? Is that what’s the issue?”

“AS in my opinion is on a tipping point about what are we, what do we want to do? And you know what, this work is going to get done whether or not it’s on paper…We’re all here because we have good intentions…You all decide what AS is.”