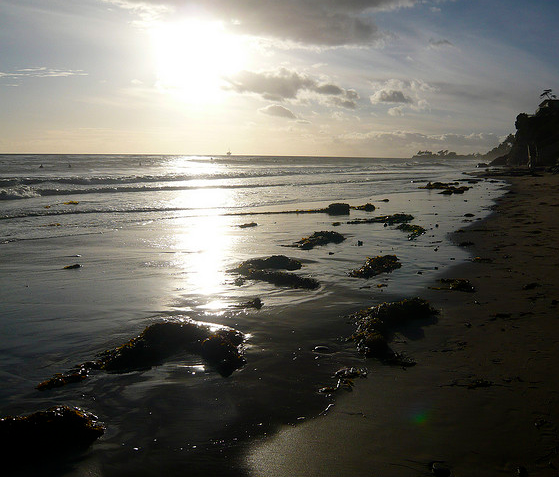 Santa Barbara County officers and deputies arrived at Goleta Valley Cottage Hospital at approximately 12:40 a.m. on Sunday morning to investigate reports of the two stabbing victims, but have not yet apprehended a perpetrator.
Santa Barbara County Public Information Officer Mark Williams explained that while the victims have been released from the hospital, police are still looking for the person behind the crime.
“My understanding is, through the deputies Sunday, that all the victims have been released and they’re all in good shape,” said Williams.
One suspect who was seen leaving the scene of the fight was described as a Hispanic female, approximately 5 feet 6 inches tall, between 140 and 150 pounds and 22 years old. Her hair was black and pulled back into a ponytail. She exited the scene in an unknown direction, and police are still working to track down leads regarding the fight.
According to Williams, Isla Vista Foot Patrol officers are trying to obtain follow-up interviews from the victims and witnesses but have not yet gathered any new leads. Williams explained that cases such as this are never truly “dropped,” but that due to the sheer volume of crimes a case with no new evidence may be put on hold pending further revelations.
“After a certain point if we run out of leads, a case gets suspended,” explained Williams. “If new information comes forth then we continue down that path.”
This particular case, however, is still under investigation, and police urge anyone with information regarding the assault to contact the Santa Barbara Sheriffs’ Department at (805) 681-4100, the UCSB Police Department at (805) 893-3446 or CRIMESTOPPERS at 1-877-800-9100.
Photo Courtesy of Ryosuke Yagi