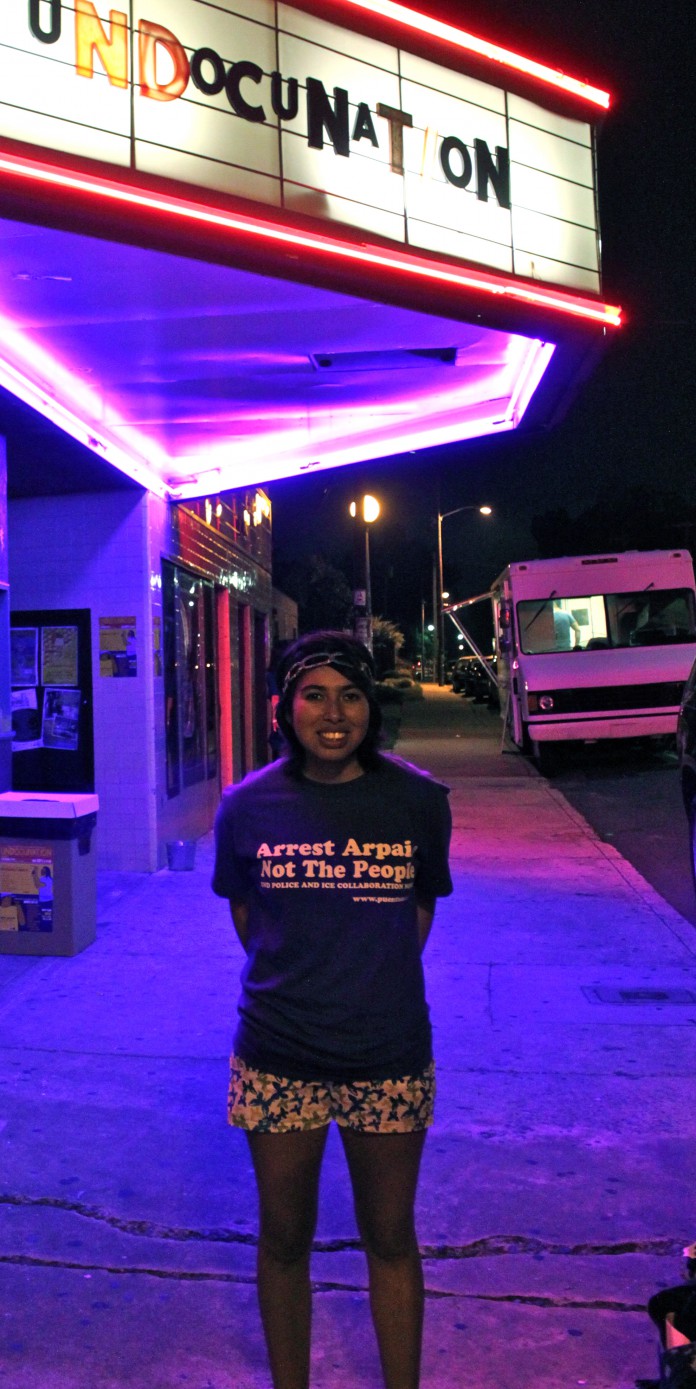 Kitzia Esteva graduated from University of California Santa Barbara in 2010 with a double major in Global Studies and Latin American/Iberian Studies and a minor in Portuguese and LGBTQ studies. Today, she rides the “Undocubus,” a bus of 30 undocumented immigrants traveling the country to bring light to the plight of undocumented immigrants in the United States. Esteva, along with her mother and eight other Undocubus riders, was arrested yesterday for civil disobedience and spent the night in jail. All ten of them were released today, and Esteva answered a few questions about her experience during an Undocunation event on Wednesday.

You were recently arrested with nine other members of the Undocubus – could you talk a little bit about what lead to your arrest?

We had an act of civil disobedience yesterday, Sept. 4, in front of the Democratic National Convention to open a space where the struggles and criminalization of immigrants was at the forefront of the conversation about immigration reform and the conversation about civil rights. So we did that because there isn’t such a space within the Democratic National Convention and we believe that it was important for us to make our demands to the president heard.

And what was your experience once you had been arrested?

We were arrested, ten people including me and my mom. There were students, there were families, there were queer people [and] there were day laborers among the ten of us. When we were arrested we were taken to the sheriff, and the sheriff immediately as we arrived asked us our name, our date of birth. We had as a group decided ahead of time that those were the only two questions we were going to answer. The third question was ‘where were you born,’ and at that point we decided to say ‘we’re not going to answer that question, we want to speak to our lawyer,’ which was our right.

As soon as we said that they put an ICE stamp on our documents—basically assuming that asking for a lawyer was us incriminating ourselves because we are not from this country—because we did not answer ‘where were you born?’ To us that’s outrageous because we were actually only exercising our right to speak to a lawyer, we’re not obligated to answer anything more than our date of birth. They tried to negotiate with us, saying ‘we will let you go if you give us such and such information.’ We said no, and eventually because all of the organizing community across the country was activated, people from all over the country made emails and calls to ICE, that’s what’s pressured the headquarters of ICE not take us under their detention.

What are some of the things you hope to see happen in the next few years within both the Presidential administration and the organizing community?

The DOA just stopped the charges on Sheriff Arpaio [in Arizona], and to us that’s a slap on the face. He violated the civil rights of people, and for the President not to make a strong enforcement on civil rights signifies that sheriffs like him can do that all over the country, [which is] basically giving the rest of the country permission to continue oppressing us, to continue criminalizing us, to continue pushing us further and further into the shadows. For us to come out and say we are undocumented and unafraid is a way to say we’re here, we’re not going anywhere, you have to deal with us and we are organized.

Unafraid, not because I’m the coolest person in the world, unafraid because I know there is a community backing me up and are not going to let me be turned into ICE custody as happened yesterday. Unafraid because we know that our power is there and that we can exercise it.