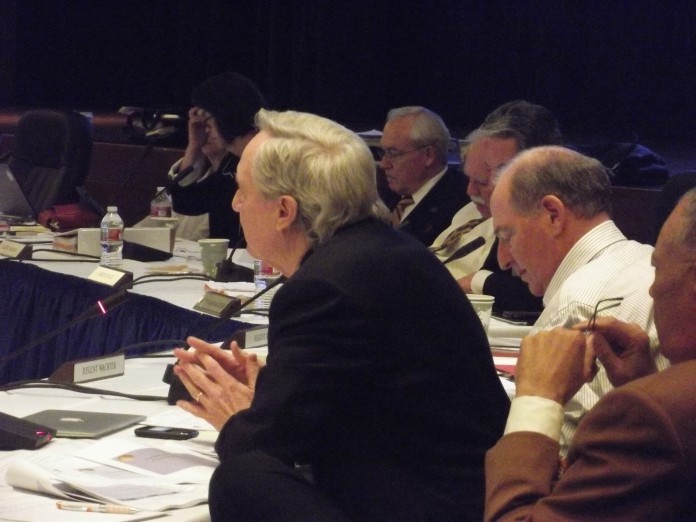 The University of California Board of Regents approved $71.4 million in funding for the Davidson Library yesterday during the last day of their three-day September meeting. This funding will go toward seismic repairs, life safety upgrades, a renovation of the library as well as a 63,172 square foot addition to the library. Construction is slated to begin in March of 2013.

During a closed session meeting yesterday, the board of regents approved a proposed settlement regarding the UC Davis pepper spray incident. On Nov. 18, 2011, University police pepper sprayed a peacefully seated group of demonstrators during an Occupy protest on the Davis campus. The University of California launched a subsequent investigation of the incident, following calls for Davis Chancellor Linda Katehi’s resignation.

University of California lawyers and the 21 plaintiffs involved in the case are currently involved in a confidential mediation and settlement process, which includes approval from the individual plaintiffs, the Board of Regents and the federal court according to Steve Montiel, the media relations director for the UC Office of the President.

The parties will now return to federal court in Sacramento where they will seek approval of terms of the settlement.

In addition, a University of California Santa Barbara professor was named a new Faculty Representative during the yesterday’s meeting. Mathematics Professor William Jacob, former director of the South Coast Mathematics Partnership, chair of the Academic Senate’s Board of Admissions and Relations with Schools where he has dealt immediately with issues surrounding admission, will now formally serve as an advisory member on all standing and/or special committees of the Regents, such as the committee on grounds and buildings.

The Board of Regents will officially convene again at UCSF Mission Bay in November, following the Nov. 6 election.  The agenda has yet to be released, but they are expected to heavily discuss the passage or failure of Proposition 30.