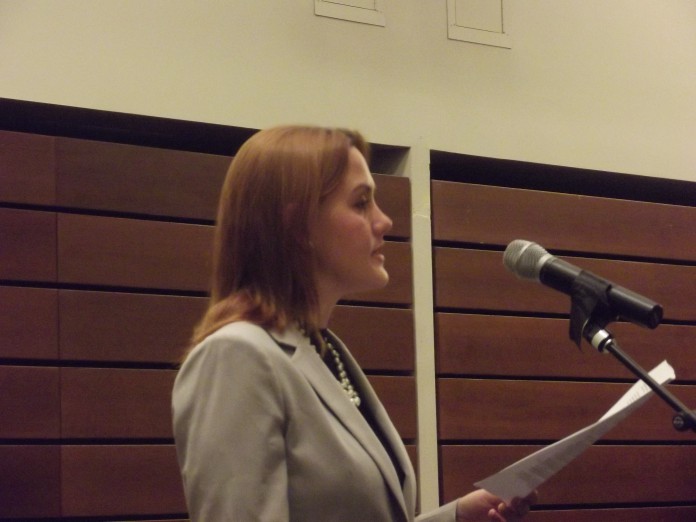 Complaints about tuition increases and the admission of more out-of-state students dominated the public comment section at the final day of the University of California Regents September meeting. After yesterday’s discussion concerning how to address a $375 million budget gap, speakers took the chance to remind Regents of the effects they have on UC students and their education.

“We have to keep in mind what it is we are about, the standards we hold as a UC, and why it is that we’re so great,” said UC Santa Cruz Student Body President Nwadiuto Amajoyi. “It’s the students…that make our university great.”

Amajoyi warned against differential tuition and giving in to pressures to raise the costs of a UC education.

The issue of admitting more international and out-of-state students to help cover costs maintained the prevalence it had yesterday during public comment. Jonathan Lee, the UC Student Association University Affairs Committee Chair, repeated his concerns from yesterday about the trend of admitting more and more non-California residents.

“I want to echo and say that raising the cap for international students, I see it as a slippery slope,” said Lee. “When we prioritize bringing international students and out-of-state because they bring more funding versus the diversity they bring to our wonderful, amazing university, that’s counterintuitive to the public good we are supposed to be offering to not only them but to the California students that come to UC every single year.”

Law students from multiple UC law schools were present at public comment to speak about the increased costs and the debt incurred from attending their respective schools. Lisa Petak, the Student Bar Association Chair at UC Irvine School of Law, represented the group of law students and discussed her own experience and the experience of others seeking an education at a UC law school.

“If the President just finished paying off his loans only four years before running for President of the United States,” said Petak, “let’s spend a moment addressing what significant means today. Personally, I am spending $55,261.50 inclusive of costs of living expenses, tuition and fees, and books, to attend a UC Irvine school of law.”

Petak discussed how these costs severally limit the options available to students and force them to forgo public-service job opportunities in favor of higher paying alternatives.

“As tuition and graduate fee rates rise, so to do our rates of compromise,” said Petak. “The fees at the University of California system are forcing the public interest of out an education system that was supposed to be for the public good.”

The negative effect of increased fees on the diversity of the law school students occupied the later half of Petak’s speech.