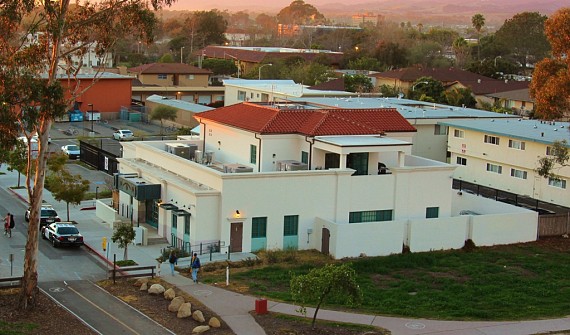 Stabbings, gunshots, burglaries and battery: Isla Vista residents have been faced with a flood of emails and texts detailing a host of crimes—some violent—that have pervaded the student community in recent months. But according to the University of California Police Department, these notifications are not indicative of a recent spike in crime—IV’s crime rate has been consistently high for years.

The electronic notifications are sent out by the UCSB Alert System, a program which is run by the UCPD for the purpose of warning students about potential hazards in their community. The alert system has garnered a fair bit of visibility in recent months, leading some students to speculate about an overall trend of heightened crime. According to police officials, however, high levels of crime have always existed in Isla Vista—perhaps the perception of a crime spike can be attributed to a spike in UCSB Alert notifications.

The UCSB Alert System was instated as a result of the 2008 Higher Education Opportunity Act (HEOA), which put forth a nationwide mandate that all higher education institutions must provide their community with updated alerts regarding crime, natural disasters and other hazards. The act was passed in response to the 2007 Virginia Tech shootings. UCSB’s alerts are sent out by Cooper Notification, a third-party university affiliate, in response to situations that may endanger students and other community members.

In the spring of 2012, Associated Students and campus police decided to make sure that all UCSB students were signed up for the alert system, though previously students were required to sign up on their own. The alert system has existed in various forms for several years, students may be noticing the notifications more due to the recent changes. Those receiving UCSB Alerts can visit www.alert.ucsb.edu to adjust the frequency and type of notifications that they receive.

The alert system’s relatively recent appearance has led to worries, by some, that the greater amount of crime-related notifications reflects a spike in Isla Vista crime rates.

“[Isla Vista] feels less safe, of course. Gunshots aren’t exactly comforting. However, I am really not that worried about it,” said UCSB third-year and Isla Vista resident Robert Neal.

“It’s going to take a while for people to get a grasp on,” opined Ramiro. “People ask me all the time, ‘It seems like IV is going out of control.’ We’re just trying to make the community more aware.”

“I don’t think we’re seeing a rapid increase in crime in Isla Vista,” said Santa Barbara County Public Information Officer Mark Williams. “It goes up and down, depending. IV’s always been a source of major crimes—it has been for decades.”

UCPD Sergeant Rob Ramiro explained that alerts are sent out when the crime indicates that public safety is at risk, such as when a robbery or violent crime occurs.

“We’re not putting out a lot of property crimes,” said Ramiro.

Regardless of whether or not criminal activity has taken a recent turn for the worse, the Isla Vista Foot Patrol is reacting to violent crime by increasing its presence in the community.

“We have begun to up staff to make sure that people are safe out there,” explained McCoy. “We have had a couple of significant batteries where people have been sent to the hospital for injuries.”

The nature of Isla Vista is such that weekend visitors can more than double the party population of the area. As such, much of Isla Vista crime is perpetrated by out-of-towners who take advantage of the sheer volume of partygoers and the relatively small numbers of Isla Vista police.

“There are always the UC and City College students that get arrested for minor crimes—and major crimes too—but we see a lot of people from the outside coming in to commit crimes,” commented Williams. “It’s kind of a partyville haven for opportunists.”

According to County Sheriff’s Department statistics, UCSB students account for about 60 percent of Isla Vista’s population, but only about 35 percent of its crime.

“I wish I could tell you that it was all outside suspects,” said McCoy, “but I could say that we have a fairly even amount of alcohol-related crimes—for possession, open containers, party calls, etc. If you’re looking at the more serious crimes, we try to look at whether the suspect is potentially a local or not a local.”

In the fall of 2011, the Isla Vista Foot Patrol collaborated with AS and local businesses to reduce crime in the area. The police department provided merchants with anti-burglary stickers to distribute that urged students and other residents to take the simple preventative step of locking their doors and windows. According to Sgt. McCoy, Isla Vista saw a fairly sharp decrease in burglaries when the campaign was first instated. Despite an outpouring of community support, the program lacked the funds to continue distributing anti-crime material and local merchants ran out of supplies.

“We are still asking the student body who are moving in: lock your windows and doors and continue to be safe, because that’s the first line of defense. It makes it that much more difficult for someone to make entry.”

UCSB’s student leadership is also making strides to bring awareness rates up and crime rates down. Jonathan Abboud, President of UCSB’s Residence Halls Association, and Rhandy Siordia, the 2012-2013 AS External Vice President of Local Affairs, are renewing efforts to educate students and Isla Vista residents about staying safe. While safety initiatives for the 2012-2013 school year remain in the conceptual stages, Abboud and Siordia discussed possibilities including the distribution of safety tips, a Week of Welcome program, a local safety forum and a self-protection webinar series.