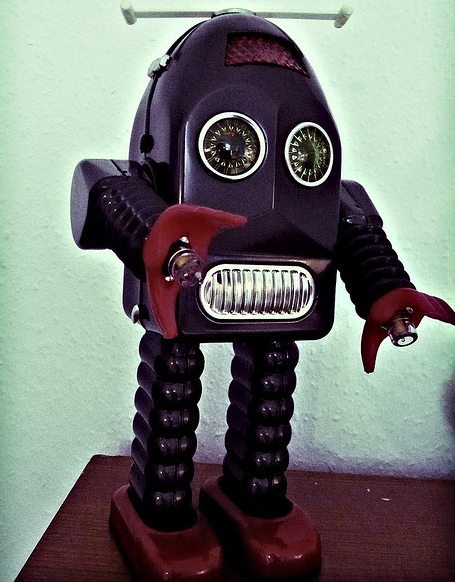 Available both downtown and on the University of California Santa Barbara campus, Arts & Lectures and the Santa Barbara County Arts Commission continue their annual tradition of hosting a free summer film series, which started this year on July 6. The collaboration focuses on a different theme each year, with this summer’s series showcasing science fiction films from the 1950s. The Bottom Line spoke to Arts & Lectures Associate Director Roman Baratiak about the film series, and he gave his take on the films’ cultural significance, their enigmatic subject matter and their relevance today.

“This series is aptly titled ‘Robots! Space Aliens! Body Snatchers! Classic Science Fiction Films of the 1950s,’” Baratiak said, elaborating on the more specific details of the event. It was created to be convenient for families who live downtown as well as for students who are much closer to the UCSB campus.

“We’re doing eight different films. They’re all really fun and terrific, and we present them on Wednesday nights in Campbell Hall, and then outdoors at the Santa Barbara County Courthouse.”

As Associate Director of Arts & Lectures, Baratiak has been largely in charge of organizing this series, including the central task of selecting which films to profile. Although relevance to the series’ topic is essential, Baratiak said that inclusiveness was also considered when choosing films.

“Part of it is because we’re also presenting at the county courthouse. It’s free of charge, and anyone can go…It’s important to do films that appeal to all ages, because families often go,” he said.

By attending this series, Baratiak hopes that viewers will gain some insight into our country’s recent history, as well as experience pure entertainment. Many of these films are linked to what was happening culturally and politically at the time, and, as a result, disclose those values.

“A lot of the really classic science fiction films came out during the 1950s because they were a response to the end of World War II, the dropping of the atomic bomb, the beginnings of the Cold War and also the McCarthy era. The films of the time reflected that particular mindset, the fear and paranoia that existed. This fascination with space aliens was occurring at the same time…people were in a very tenuous position,” Baratiak said.

In addition to this cultural significance, Baratiak selected the films in the series because they are considered classics, to the point where many of them have been remade recently. An example of this is “War of the Worlds,” an alien invasion movie that was originally released in 1953, and then redone in 2005 starring Tom Cruise.

Baratiak especially recommended the film that starts off the series, which is called “The Day the Earth Stood Still.”

“[It’s] really one of the iconic sci-fi films. It’s about an alien who flies a saucer to D.C. to warn the human race that it needs to stop with its violent ways. With the dropping of the atomic bomb, there was suddenly the sense that the earth is threatening the rest of the galaxy. It’s an interesting film,” he said.

Many of the films in the series deal with staple science fiction topics such as space aliens, but a few also focus on things like radiation. One film, called simply “Them!,” tells the story of giant ants that invade Earth.

“The whole point of the movie is that there was nuclear testing happening in the desert and it affected these ants that live there,” Baratiak said.

The very last film of the series, “The Incredible Shrinking Man,” is similar in that it also focuses on radiation. It tells the story of an Average Joe who shrinks as a result of exposure to radioactive mist.

“Again, it’s reflecting these fears that people in the 1950s had about things like nuclear power and atomic weapons,” Baratiak explained.

The popularity of past summer film series, coupled with a futuristically fascinating theme, provides promise for the success of this year’s series. “Robots! Aliens! Body Snatchers!” gives audiences the opportunity to learn about recent US history as portrayed through pop culture of the time, as well as a chance to see great movies they might not have known about otherwise.