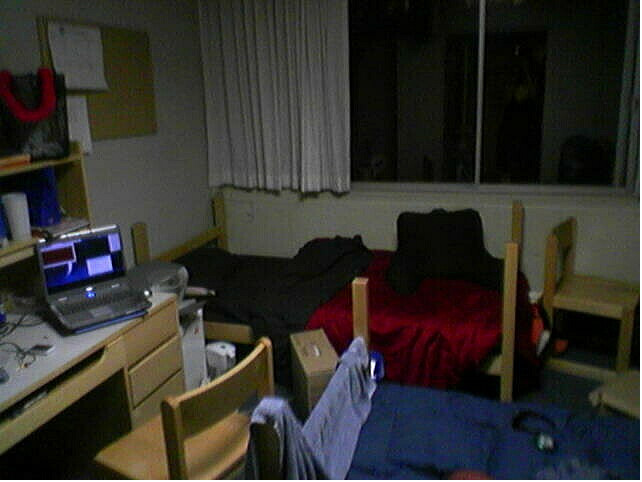 It was the last possible day to move in, and as my parents and I zoomed through Pismo Beach, I could see the sun setting behind the cliffs. By the time I had reached campus, not only was I extremely nervous, but also completely clueless. Here I was, finally at college. So when I finally met my roommate, I hoped I would at least find some sense of comfort. Instead, the first thing she said to me was, “You have really big boobs!”

That first meeting with my roommate was a tad less conventional than I expected, and her first words to me were a precursor to our hilarious relationship—and the next nine months together. We loved each other, we hated each other; sometimes, I couldn’t tell whether or not she was going to throw her rugby ball at me when I came home late. I learned many things living with a total stranger, who soon came to be someone who saw me at my most candid, raw moments. I bet many of you have concerns and excitements about living with a new person, or several new people. Here are the things I would have told my naive self the day I set foot into my dorm:

1. Get to know your roommate without any expectations of how your relationship will be. You will be living with this person the entire school year, and before you assert any preconceived notions of being best friends or enemies, get to know the person. This isn’t high school anymore—you will find that a lot of the times you don’t flat out despise or adore someone. Trying to become besties with your roomie can put on overwhelming pressure, and the more you get to know them, the more you might see that perhaps you aren’t meant to be that close. But be careful not to dislike them just because they aren’t your soul mate. The people around you are not always going to be emotionally there for you, nor will they want to do everything you do. Learn his or her general schedule, what he or she likes to do and most importantly, the things he or she might not be okay with. Know your roommate for who he or she is, not who you want him or her to be. Expect your roommate to do the same.

2. Get the “sexile” talk out the way. I know not everyone engages in the hook-up culture of Isla Vista, but everyone has their own stories and finds themselves in unexpected situations—friends with benefits, boy- or girlfriends or even one-night stands. Talk to your roommate about what you are both comfortable and not comfortable with. Getting this sometimes awkward or obnoxious conversation out of the way could save you from that very awkward moment when you walk in on your roommate doing god knows what. Just do it. Literally.

3. Be honest. Tell your roommate what bothers you, and make sure to listen to them as well. During welcome week, you and your roommate already fill out a sheet saying what you are and aren’t okay with regarding your things and living styles. But sometimes, little things come up. I’ve had friends who have gotten into tiffs with their roommates over eating their food, giving their food to other people and even getting things stolen. If you don’t like it when your roommate casually sits on your bed or watches TV to fall asleep, tell him or her the first time. If you wait too long to tell them, they won’t understand why you would tell them now. You don’t have to be mean about it, just let them know.

4. Make sure you and your roommate are in sync with your dorm. Agree to lock the door every time you leave, but don’t lock your roommate out. Talk about who should take out the trash or recycling when it’s too full and how often it should happen. Decide on whether or not you want air freshener, be it for a nice scent or to get rid of the nasty stench coming from your roomie’s dirty laundry. Figure out the mechanics of both of your living styles, so no one gets the short end of the stick (or locked out in their shower towel).

You will figure all this out yourself in different ways. Your dorm room will become your home away from home—and the last thing you want is for it to be a hostile or uncomfortable environment. It might be easy, it might not. But the bottom line is, you’ll have to figure it out eventually. You have nine months. Good luck.