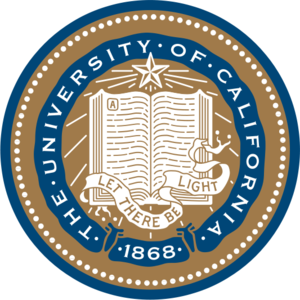 “Unlike the reviews looking backward at the demonstrations last November, President Yudof asked us to look forward,” stated the report, authored Edley and Robinson. “He asked us to review current policies and practices and to identify improvements to help the University avoid the use of force in response to future civil disobedience, both small and large scale.”

The report highlights 50 recommendations made in nine different categories of changes to make UC policy. These categories include civil disobedience challenges, relationship building, role definition and coordination, hiring and training of police officers, communication with protesters, responding during events, documenting activity during demonstrations, post-even review and implementing the recommendations.

“To be sure, no single report can resolve all the issues the University faces regarding protest and civil disobedience. Successfully laying the groundwork for safe and accountable protest activity will take the commitment and effort of all members of the University community,” Edley and Robinson stated in the report. “This Report is just the starting point- an attempt to assist the University in moving forward to celebrate the diversity of opinion and culture on our campuses, to do so with respect and civility, and to build on the illustrious history of public involvement and free speech that is the DNA of the University of California.”

Edley and Robinson acknowledge in the report that the main cause for concern is the civil disobedience that often arises during a protest.

Recommendations include obtaining input from members of the campus community when hiring campus police officers, identifying and contacting members of a group before a demonstration to establish lines for communication, being aware of police tactics that may increase tensions and instead pursue tactics designed to diffuse the tensions, developing a system-wide process for determining which “less lethal” weapons may be utilized by UC police officers, requiring each campus police department to include the list of weapons approved for use in response to demonstrations and civil disobedience in its use-of-force policies and to make the list available to the public. Other recommendations include establishing at each campus a formal program to allow designated observers to gain access to the protest site for purposes of observing, documenting and reporting on the event and amending existing police department policies to require after-action reports for all protest events involving a police response, regardless of whether the response resulted in force, injury or civilian complaint.

One recommendation not made in the report is a dissolution of the UC police presence, and action some students have called for, according to the report.

“The Haas incident, as well as violent episodes outside our system such as the 2007 massacre at Virginia Tech, reinforce a sad reality: our campuses will sometimes face emergencies that require an immediate police response to protect the lives of our students, faculty, and staff. This reality makes dedicated law enforcement agencies a necessity,” stated the report. “The fact that we have dedicated campus police departments will enable us to implement the recommendations in this Report directly, rather than merely urging outside law enforcement agencies to please reform themselves.”

The full draft of the report, along with a link provided to submit comments, will be available for viewing at http://campusprotestreport.universityofcalifornia.edu/ until May 25.

“These recommendations, and UC’s approach to peaceful protest on our campuses in the future, are guided by academic values that foster a diversity of ideas and encourage spirited debate,” said Edley, according to a press release from the University of California Office of the President. “It is through this lens that we must continue to examine these issues and adjust our course of action.”