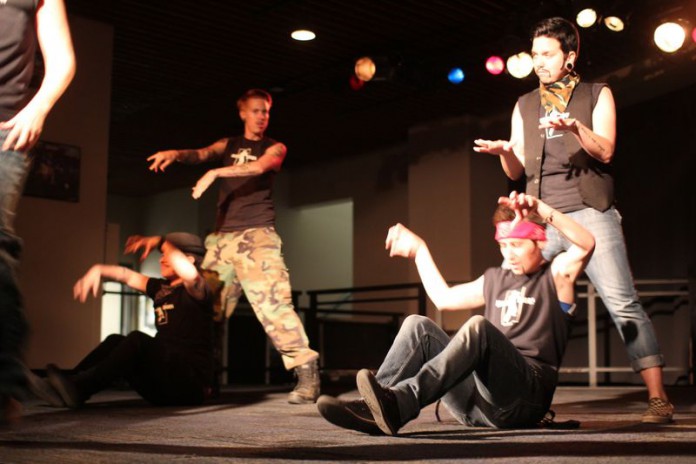 The outreach event gave many students various opportunities to familiarize themselves with the objectives of the LGBTQ community. Students were drawn to Tuesday’s Drag King show in the Hub, where attendance rates soared and enthusiasm rampant. Undoubtedly, the appearance of the relatively well-known Ventura-based Drag King troupe, Hir Bois, was largely responsible for drawing in such a large crowd.

Several of the Pride Committee’s representatives began the event with a warm introduction, welcoming and thanking students for their interest in the affairs of the LGBTQ youth. Hir Bois took the stage shortly after, opening the show with an original dance routine to NSync’s classic jam “Bye, Bye, Bye,” to which the crowd responded with loud and fervent enthusiasm. Throughout the course of the night, a multitude of performers braced the stage, singing and dancing along to accessible, catchy tunes of contemporary pop culture, while providing the audience with endless amounts of joy and laughter.

“I’m always interested in anything concerning the LGBTQ community,” said second-year chemistry major Shayan Hosseinzadeh after attending Tuesday’s Drag King show. “I hope other students out there, for whom the Drag show was maybe their first Pride Week event, gained a new perspective on issues of sexuality and orientation.”