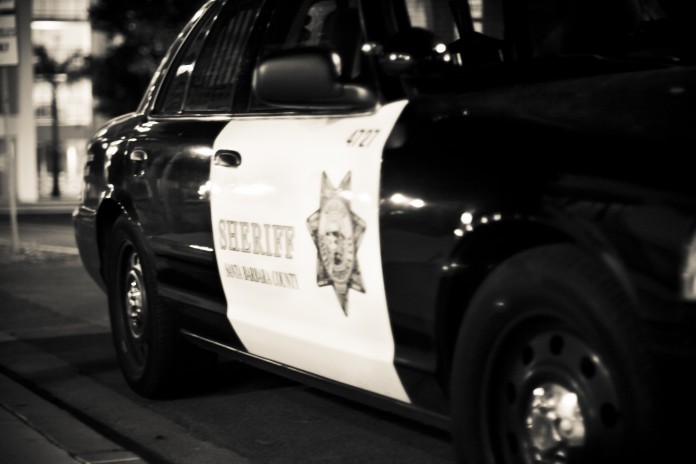 The suspect was described as a “Hispanic male adult, approximately 25-years old, wearing a black beanie, blue rain jacket and black baggy pants,” by the news release issued by the Santa Barbara Sheriff’s Office on April 30. While taking a popular shortcut- a field near the 700 block of Camino Pescadero- the 18-and 19-year-old victims were confronted by the suspect about where he could purchase marijuana. The two victims replied without an answer, but after ending the conversation, the suspect pursued them. After displaying a handgun to the victims, the suspect subsequently commanded the two to the ground before taking their wallets and phones.

Currently, Isla Vista Foot Patrol has yet to determine the identity and whereabouts of the suspect. Drew Sugars, the public information officer for the Santa Barbara County Sheriff’s Department states that often the key to solving robberies and burglaries lies in the accuracy of the witness’ report.

“If you really pay attention, and get a good description, it’s very very helpful,” said Sugars.

The location and age of the population of Isla Vista, in addition to a constant flow of visitors from out of town, lead to an increase in opportunity for robberies and related crimes. Although the area of Isla Vista maintains the highest crime rate for the county of Santa Barbara, the SBC Sheriff’s Department is determined to reduce the amount of break-ins. Beginning about a year ago, SBC Sheriff’s Department initiated a program urging Isla Vista residents to lock their doors and windows. Banners and stickers can be seen throughout IV promoting this precaution.

Sugars warns against walking through poorly lit and more desolate areas of IV during the night, especially alone. He recommends to anyone who feels even slightly uncomfortable to change routes towards more well traveled streets with greater levels of lighting.

“If you think someone’s following you or being suspicious, it’s best to err on the side of caution,” Sugars said.

Further investigation in the upcoming weeks has the potential to resolve this particular crime, but IV residents are still advised to take preventative measures to reduce the likelihood of another robbery or burglary from occurring.