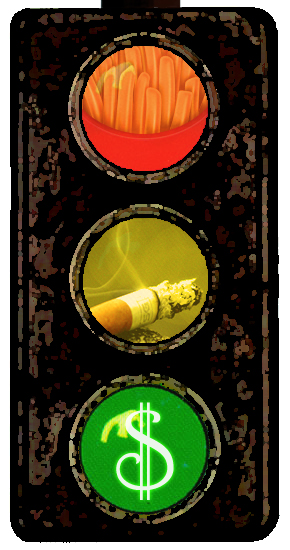 For college students, financial problems primarily concern paying the rent every month and anticipating post-graduation loans. As the rising future moneymakers of society, however, students often overlook how they will be contributing to healthcare within a number of months or years. These payments will go towards the many facets of healthcare, such as increasing the availability of Medicaid, expanding and extending coverage and reducing the costs of prescription medications.

According to Forbes.com in an article from April 30, a fair portion of those financial contributions may also be going towards addressing obesity. The article states, “obesity in America is now adding an astounding $190 billion to the annual national healthcare price tag, exceeding smoking as public health enemy number one when it comes to cost.”

The numbers are indicative of a problem that has plagued America for a number of years. To cover the staggering medical charges, money will be drawn from increased insurance premiums everyone is responsible for. Energy costs will be affected as well: one billion additional gallons of gasoline are being burned as a result of the high costs, which equates to one percent of the total gas usage.

“Our money is going towards it, and it’s a health issue that affects everyone, from child to adult now. I was just doing some research, and one in three adults are obese and one in six children are obese,” said Carrie L. Flack, a nutrition specialist at University of California Santa Barbara. “Part of it is the school system environment and a lot of those things have changed, but it’s important because it affects everyone.”

The Affordable Care Act addresses this portly problem in a particular way. It encourages employers to charge their obese employees as much as 50 percent more for their health insurance benefits, should they choose not to join a weight loss program.

“It’s their personal responsibility, a lot of it, but I feel that the obesity problem is really complex and I don’t know if it’s fair to punish someone because they’ve gained weight. There are genetic factors and environmental factors, and I don’t think a lot of people start out with the intention of gaining weight,” said Flack.

The issue regarding obesity has been an increasing epidemic, as the new statistics show. For some people, it also implies that those who are obese are not only degrading their health but are simultaneously draining wallets across the nation.

“It’s kind of horrifying that we’ve come to this point and that obesity is considered a disease,” said Madia Jamgochian, the deli manager at the Isla Vista Food Co-op. “It’s kind of a self-induced thing almost, but also our nation is not really set up [to deal with it] and people are kind of a victim to the way it is set up.”

To counteract the conundrum, there are programs and initiatives that were and have been implemented to raise awareness. One notable example is first lady Michelle Obama’s campaigns against obesity; though some people are critical of them, she continues to push forward.

Flack agrees that preemptive measures are important, but also believes that funds should be allocated to treat the problem at hand.

“I think we need to do better. Society needs to support them [obese people] and find ways of prevention, like changing school lunches for children- that’s where it starts,” said Flack. “Smoking is more of a personal choice than obesity. I think obesity is a complex societal environmental thing; that’s where the money should go.”