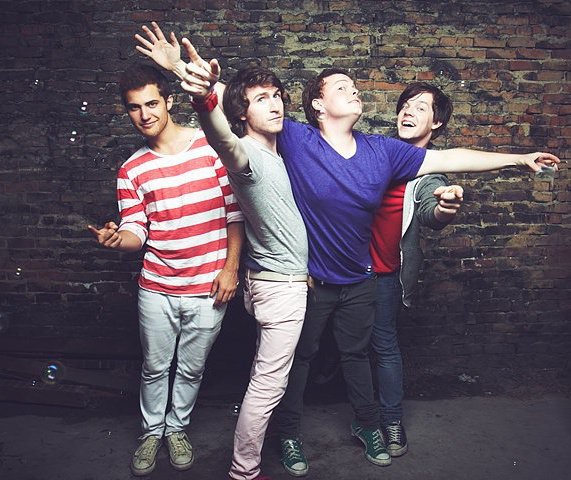 Cincinnati-based band Walk the Moon will be hitting The Hub stage this Thursday, May 31st at 8:30 pm. The indie rock foursome’s breakout hit, “Anna Sun” has been making waves in the music scene, recently garnering the band a major label record deal.

Walk the Moon first made their debut in November 2010 with their independently-released EP, “i want! i want!,” which featured “Anna Sun.” The song slowly took off throughout the past year and a half, receiving critical acclaim while also creating buzz around the rising band. Esquire magazine included “Anna Sun” in its “30 Summer Songs Every Man Should Listen To” list, while MTV Hive lauded the band’s innovative music video for the song, calling it “hilariously choreographed, neon-colored and awesomely shot in one take.” The song’s carefree message is a perfect match to Isla Vista’s lively weekend night climate.

Front man Nicholas Petricca has described the song as being a very university-friendly tune.

“It’s about college, about maintaining that little bit of being a kid,” Petricca said. “Don’t be afraid to play.”

With its slow-burning success, “Anna Sun” is also doing work on the mainstream music charts. As of press time, the song has reached a peak of 16 on Billboard’s Alternative Songs chart, and is number 37 on the Rock Songs chart, keeping company with Gotye, The Black Keys and fun. These chart accolades led to the band’s feature on Billboard’s “Tastemakers” series, which profiles what the site describes as “cool artists hitting the [indie record shop] Billboard Tastemakers chart.”

Walk the Moon is no stranger to the music festival scene; the band played at Bonnaroo and also performed on the main stage at the 20th anniversary of Lollapalooza in 2011. They also have dates set in the future to open for fun.’s European leg of its tour. There is no doubt that Walk the Moon will bring that festival stage presence and energy to their Hub show this Friday.

Along with music from “i want! i want!,” Walk the Moon will also most likely preview new material from their debut self-titled album, due out next month on RCA records. The band’s unique indie rock sound is exemplified in tracks like “Tightrope,” where the band makes great use of intermingling synthesizers and bass guitar below prominent guitar licks. Their more electronic sound can be heard in tracks like “Next in Line,” which sports a more chill and dance friendly vibe with gnarly guitar solos. Walk the Moon will no doubt be packing all the power pop jams they can into their Hub set.

Local psychedelic bliss rock band Givers and Takers will be opening for Walk the Moon. The A.S. Program Board event is free for current UCSB students who pick up a ticket prior to the show, and general public tickets are $5 presale and $10 at the door.