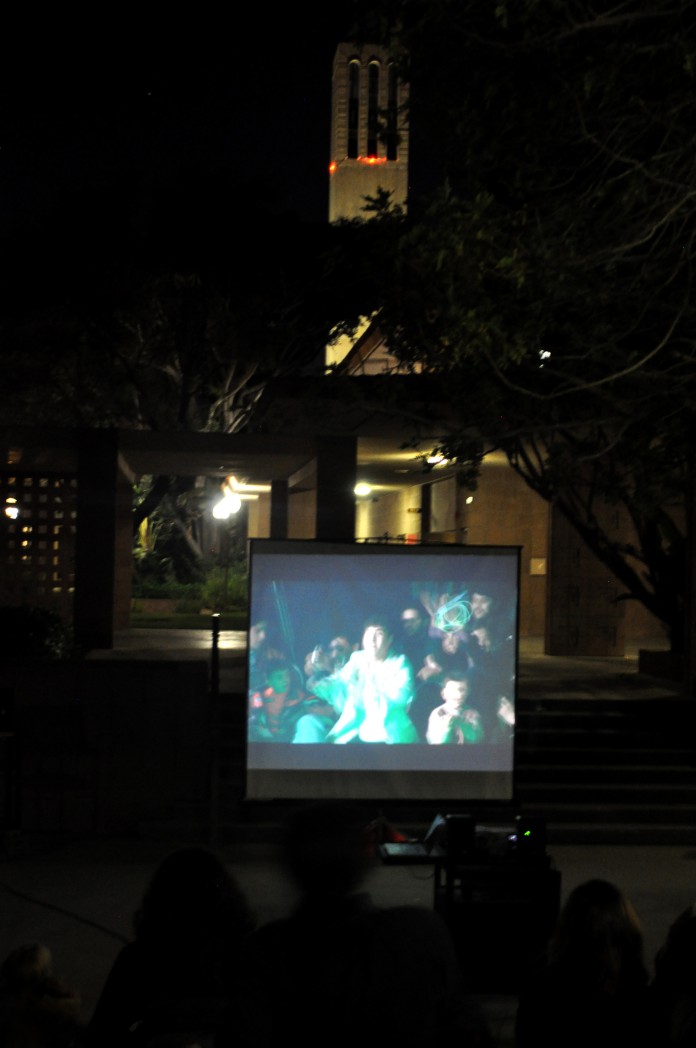 We’ve all seen romantic comedies, cult classics and action movies make it to the big screen this year, but how often does a documentary film on the music and culture of an entirely different world reach us?

This spring, a film series called “Global Rock Docs” addresses diverse music scenes on an international scale. Sponsored by the Center for the Interdisciplinary Study of Music, the series consists of free public screenings every Wednesday at 8 p.m. in the Music Bowl.

Music Department professor and ethnomusicology scholar David Novak has hand-selected the films to double as a part of his honors seminar called “Global Scenes, Global Sounds.” In his first “Global Rock Docs” series last year, Novak chose films that were a step beyond concert footage. From heavy metal films to a documentary on the life of Bob Dylan, the purpose of the series was to profile music scenes and genres or delve into the lives of artists.

This year, Novak focuses on the connection between culture and music scenes. A screening of “Afghan Star,” a 2009 film directed by Havana Marking, was shown last Wednesday, May 2. The film documents the lives of several performers in a controversial talent competition in Afghanistan that parallels the American program “American Idol.”

After the Islamic Republic of Afghanistan was formed in 2004, former restrictions on music and dancing were lifted. Although the country remains fragmented, people featured in the film from many different tribes express a great desire to find unity as one Afghan people. In this time of change, music seems like a powerful way to bring people from different backgrounds together. At the start of the film, two young Afghan boys marvel at the power of music.

“If there were no music, humans would be sad,” the first boy explains.

“If there were no singing, than the world would be silent,” another boy follows.

The documentary focuses on a few competitors on the television program “Afghan Star” to illustrate the effects of musical performance on a struggling culture. The four featured singers, Rafi, Lema, Setara and Haneed, come from entirely different ethnic groups. In labeling all the different competitors as Afghans, the competition brings out a sense of
national unity. After years of fear and oppression under Taliban rule, Afghani people in various regions are shown crowding around the television to view the reawakening of their culture.

The music program is a huge step forward for Afghanistan, socially and ideologically. In explaining that each viewer can cast a vote via text message, the film notes that this is the first encounter many young people have had in a democratic process.

“It might have been the first film that I’ve seen about Afghanistan that wasn’t a fiction that showed me what was going on during the war,” said Novak.

Novak explained that in the study of ethnomusicology the legality of music in Islam is a common discussion. He chose “Afghan Star” to show that Afghani people love music, but it is very much a problem.

Apart from visions of unity, the film also covers the controversy that has arisen between music and traditional Islamic culture. One of the program’s finalists, Setara, encounters harsh criticism and even death threats from her non-traditional actions. For the simple act of dancing on stage and uncovering her hair on stage, one citizen claims that Setara deserves to be killed.

Within this simple form of entertainment lives a deep cultural background that is unfamiliar to most music students here at University of California Santa Barbara.  For anyone interested in music, culture or film, these documentaries are a great way to understand global politics, cultures and communities through the study of music.

“Music is that category of cultural production that holds all of the energy,” said Novak. “Things that can’t be said or expressed by any other means can be said and expressed in music. It can cross boundaries.”

To take a look at the cultural representation and globalization of contemporary music, anyone is welcome to attend the next three screenings in the Global Rock Doc series, “Heavy Metal in Baghdad” on May 16, “Genghis Blues” on May 30 and “Crossing the Bridge: The Sound of Istanbul” on June 6.