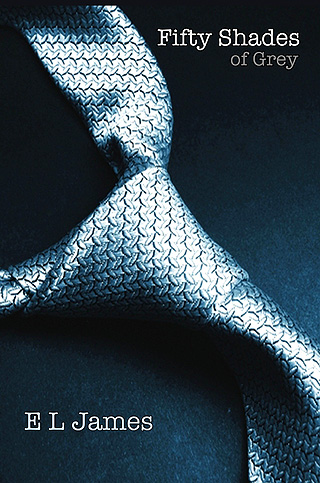 Here’s a brief synopsis for those who aren’t familiar with the series. The books follow the story of Anastasia Steele, a young woman who recently graduated college and has no real idea what to do with her life (boy, can we relate). She meets Christian Grey, a 27-year old billionaire bachelor who is sexy, powerful and wants her to be his. The catch? He’s a control freak with an f’ed-up past who doesn’t want a normal relationship, but instead a BDSM one where he is the dominant, she is his sub and he spanks the living daylights out of her (as well as tying her up, blindfolding her, using sex toys and a whole bunch of other naughty things, all described in intimate detail). Kinky right?

There has been lots of hype about these books lately, not all of it good. Criticism of the series has been that is gives unrealistic expectations to women about men, sets an unhealthy precedence for abuse in relationships and lowers overall standards of literature.

I would like to attack the first criticism of the series head on. Raising women’s expectations is a bad thing, really? Okay, first of all, thank you for thinking we woman are so stupid as to believe we will bump into and marry a billionaire. Yeah, after reading this series I will settle for nothing less. Come on. And second, as far as the Christian’s sexy good looks go, I hope some men do feel intimidated. Women have been objectified for centuries, especially today due to the media. Far be it from us women to be like, “babe, go to the gym and get buff.”

Second, as a communications major familiar with cultivation theory (which basically says when people see certain behavior repeatedly they begin to think of it as normal) I can understand the criticism that reading a book about a borderline abusive could be a bad thing, especially for younger readers. But, this book is no worse than a lot of other media currently popular. Also, younger readers shouldn’t have access to the book at all. It is basically X-rated porn in book format. If anything, I think the book industry should be better regulated so 12-year-olds can’t waltz into a bookstore and pick up a copy.

And finally, lots of things are threatening the integrity of literature these days. Texting for one. Ebooks in general for another. Media is so fluid these days that true, edited work is becoming rare indeed. Literature has a big enough battle ahead, this one book isn’t going to make much of a dent.

I personally have read it, loved it, and plan to read it again. The sex was hot, the story was fun, but also touched on darker themes, and it gives a bunch of great ideas to try out with your lover.

At the end of the day, it is meant to be fun, enjoyable escapism. No one is telling you this is a manual of how to conduct your relationships and no one is claiming this is the next “Gone With The Wind.” Stop being so uptight critics, maybe you all just need to get in a good lay (if you read the series, I’m sure you’ll get some ideas).