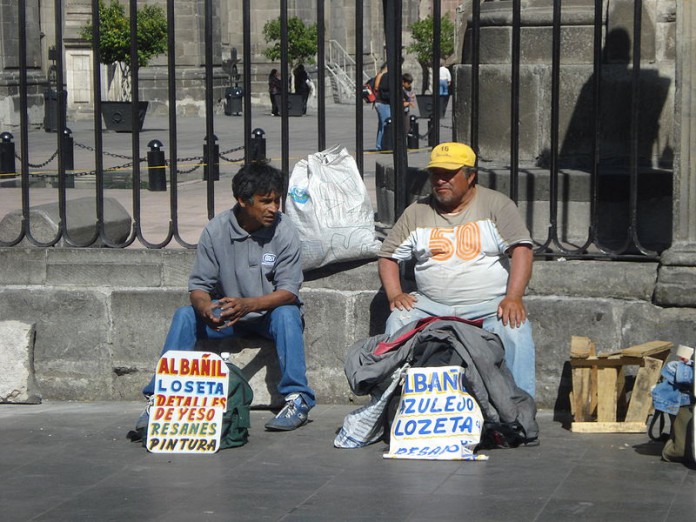 Photo from the Wikimedia Commons

Unemployment numbers were assessed from a federal survey measuring the job numbers of 5,000 California households and a survey of 42,000 businesses. According to Santa Barbara’s WIB, the rate of 8.9 percent from March 2012 is a steady improvement from a year ago when the percentage for March 2011 was 9.5 percent.

“The diversity of Santa Barbara County’s economy is a key factor to having one of the lower unemployment rates in the state,” says WIB Business Service Coordinator Jonathan Geran. “Agriculture, healthcare, technology and industrial sectors are balanced with tourism and wineries that support large and small local businesses.”

Santa Barbara County reported 6,300 job increases with the fields of Agriculture and Leisure and Hospitality leading the way.

While Santa Barbara County’s total average unemployment rate is much lower than the state average, some of its regional communities within the county have been challenged with excessively high idleness. Lompoc, Guadalupe and Santa Maria hold rates of 15.5 percent, 15.1 percent and 13.8 percent respectively.

“Santa Barbara communities that are seeing consistently higher unemployment numbers will have to continue to have available the resources and services for connecting people to jobs- computers, resume/cover letter writing workshops, job boards, job fairs- and training opportunities for skills or jobs that employers need in today’s economy,” said Geran.

Despite Santa Barbara County’s low unemployment, California as a whole has the third highest unemployment rate trailing only Nevada and Rhode Island and is 2.8 percent higher than the national average of 8.2 percent. According to the most recent county labor force data collected by the Employment Development Department of California, the regions of Imperial, Colusa and Merced Counties hold remarkably high unemployment rates that exceed 20 percent.

There is positive news, however, as California’s average rate has steadily decreased over the last year: March 2012’s rate of 11 percent is much an improvement from March 2011’s high rate of 11.9 percent.

As for the future, the gradual decline in unemployment suggests that progress will continue to be made.

“Indicators point to steady improvement of the unemployment numbers measured over time. But, as we have seen with the ‘Great Recession’ there will be periods of unpredictable outcomes,” Geran says.