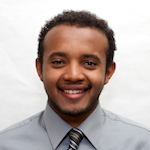 Why do you want to be Student Advocate General?

Some of my qualifications are that I’ve been very involved on campus over the past couple years as a member of organizations and as an officer. I’ve been a resident assistant for the last two years, and I worked as a desk attendant during my first year. In terms of the job, that means that I’m very well versed in the regulations which is a source of a lot of the case work that comes to the student advocate general’s office. I’m currently the director of education for the Black Student Union. I was part of the group that brought Tim Wise to campus, which was very successful in terms of its advocacy for racial equality. I want to be the student advocate is precisely because I’ve been advocating for students on a different level than the office has traditionally demanded. One of the reasons I want to do it is that I want to expand the scope of the office in terms of how it advocates for students, and not just in a reactive way, where we wait for students to get in trouble and then advise them. That’s a terrific way of helping students, and we will do that, but I also want liaisons from different communities and reaching out to them, learning what their concerns are, and making proactive steps to make sure their needs are met. Some of the situations that my friends and I have been in are that there are certain professors who are outright hostile to certain identities, be it making subliminal racist comments or homophobic comments, things that are not inclusive to certain communities on this campus. That’s one of the things I’d like to look for in the community, document, and advocate for.

What injustices do you think students struggle with the most in terms of the law and how do you plan to defend them?

What I have in mind really depends on the students and the community because they’re the ones who are facing them, and I believe that the people who are facing the consequences of any act are the ones who should have the most say in deciding what the remedy to that act should be. If they want a professor to face sanctions or go through training to make the classroom safer, we can advocate for that. I don’t want to put forward my personal agenda or what I think should be done because I’m not the one who has to bear the consequences for actions pertaining to certain communities. I’m going to encourage folks to push me to do things. Once we flesh out what students want from residence halls and students, then we can push things a little harder than they have before. In terms of the things affecting students now I think includes how little students know about the resources available to them. Even my first year, I didn’t know the office existed, and I’ve been to meetings with students who are very involved who don’t know about this office, which, to be blunt, is a bad thing.

Is there any legislation you hope AS will pass this year that they have not already?

In terms of making it proactive and politicizing the position a little bit, I very much look forward to work with executives and those on legislative council. I want to work with those people to make sure students needs are being met. For instance, in the fall we had the Student of Color conference, which A.S. refused to fund, which was a huge deal. We organized around it, we rallied, we took students there, and the voice was certainly heard. But in terms of doing that kind of work, I want to make sure that A.S. isn’t standing in the way of students having access to things they need. I want to foster a strong working relationship with those other positions predicated on the fact that we are all looking out for students’ interests in a fair, equitable and just way.

How can you best help freshman navigate the legal processes?

I think campus climate is a big issue for many students in terms of tolerance, in terms of equity and in terms of support and resources that they receive from the institution as a whole. That’s a big thing for me, it’s something that I care about deeply and want to advocate. As this relates to first years, I don’t think that they do the most illegal things necessarily, but I want them to know that this office exists in the case that they get in trouble. If I was to win, I might even open up a position for a residence hall liaison so that people know, not just in terms of getting written up, which is important for the office of student advocate general to pursue as well, but any other issues that they’re facing. I think this applies most to campus climate because that affects how people interact with each other, those effects peoples’ stereotypes, and it affects where the campus goes together.