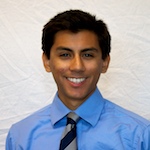 Why do you want to be Student Advocate General?

Well, currently I’m the only one of the two candidates who has experience in the Office of the Student Advocate, the office which the SAG is in charge of. I’m currently second in command to the SAG. I’m Chief of Staff to the SAG right now, I have experience in AS, especially in the Office of the Student Advocate. Why I really want to be SAG is that I really do care about the issues that the SAG faces and I’ve developed that passion throughout my year for SAG as a case worker and as Chief of Staff, so I really have a lot of passion for this position and I hope to create a lot of change if elected.

What injustices do you think students struggle with the most in terms of the law and how do you plan to defend them?

I wouldn’t call it so much of an injustice. I’d say a difficulty for a lot of students is that a lot of students don’t have an understanding of the school’s judicial process and its procedures, so when they end up getting a letter from the university regarding any sort of violation that might have come up they’re very confused and intimidated by it. As SAG and being part of the Office of the Student Advocate, we want to provide clarity to these issues. So something that they really come to struggle with is just understanding the process because its something they’ve never come into contact with and they don’t really walk them through the process as well. A common difficulty, especially through a JA hearing, when it gets to the JA level is that they don’t really allow the student advocates to say anything during these hearing and this makes it a little bit difficult when it comes to representing students because a lot of time they’re intimidated and don’t know how to articulate their words or properly represent themselves because they don’t really understand it as well as the case workers in the office do so that’s something that I’d really like to change if elected. I’d like to meet with JA and allow the advocates to have a greater voice in the hearing process. A little bit, the change that would be created would be a very fair change. I think the fact that advocates are not allowed to speak during the hearing impairs the ability for students to be successful in a hearing. It doesn’t give much of an opportunity to make a difference for the student. With my experience, especially with being thru hearings, I know that’s been really difficult because there have been things I’ve wanted to say and put forward, but couldn’t. I’ve been working with JA on this issue a little already, and would like to pursue that if elected.

How do you see AS’ role in helping you do your job and mitigating issues?

Something I would like to see if I were elected, being on the executive board, is an Isla Vista “sobering center”. They have a sobering center in downtown Santa Barbara. It’s not exactly a drunk tank, you’re not arrested. You’re taken to a room by Isla Vista Foot Patrol or whatever authority is on the scene where students are allowed to sober up there. It would have water and mats laid out. I’m on a committee now that’s looking into it. It’s in its infant stage, but I’m hoping with the position of SAG, I’d be able to push that forward much further next year and hopefully really getting that going. I think that drunken arrests are something that a lot of students face and that in Isla Vista it’s a particular issue. A lot of students are affected later on in life because it shows up as an arrest on their record and by doing an IV sobering center you could make it so that the offense becomes like a parking fee. I think that would be a very good thing to put on the agenda next year and if elected, I would look forward to it.

Is there anyone thing you think that students get caught up in the most? I’m thinking about freshmen in particular

Yes, freshmen’s issues represent a lot of what our office deals with. Living in the dorms, especially with the rules that they have there, a lot of students don’t understand how strict they are about those rules. So I think making it clear to incoming to freshmen that getting kicked out of the dorms is something that can actually happen to you if you do things you’re not supposed to do. A lot of students don’t really expect that they can get in trouble that heavily for those things. If elected, I’d like to take advantage of all resources at hand to make sure freshmen understand. Whether that is a system-wide email that we send at the beginning of the year explaining the school’s policies and explaining that it’s a serious thing.