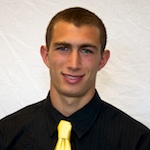 What qualifies you to be UCSB’s EVPSA?

I’ve been involved in issues revolving around budget cuts and fee hikes for three years now at UCSB. This year I’m involved in the EVPSA office as a campus action liaison, so I work closely with our EVPSA, Ahmed, putting on campaigns, educating students about the detrimental effects of budget cuts and how that affects consequently has caused rises in tuition that has affected the whole student body.

Last year I also worked under the Office of the President under the commission of diversity and equity. I sat on an administrative board called the Committee on Admissions Enrollment and Relations to schools, and I was the sole student representative on that board. I talked with faculty, administration on that board about admissions procedures and making sure that it’s fair for all students in California.

I’ve also been at the forefront of organizing budget cut rallies on campus for all three year.

I’ve also been to the UC Regents meeting trying to protest tuition hikes they had recommended. It’s something that I hold very closely to my heart and I think education is a right that should be afforded to everyone.

What are your plans to raise awareness about decision made by the UC Regents and UC Office of the President?

I would work in close coordination with the UC Student Association and the United States Student Association. I really want to make sure that we bring back information that we discuss there to the campus. We really need to reach out to students more by holding office hours outside; holding teach-ins on campus to really educate students on this and we need to get creative. Our budget is being cut severely next year, so we can’t afford to be sending students all the time to D.C. or Sacramento. My theme this year will be thinking nation wide, but really acting locally and raising student consciousness about the budget cuts and how detrimental it is to our system and how these budget cuts right now are setting a president for future budget cuts.

Also, I want to elaborate on a project that our AS President from last year, Paul, worked on. It was the Student Initiated Democratic Education and the goal of it was to create classes that students themselves could teach under the guidance of a professor. What I want to do is create classes, work with professors to teach students about budget cuts. They would be taught by students and they would talk about budget cuts, but also about grassroots movements that they could use and implement to raise awareness for their fellow students and they would get units for it.

Many EVPSAs travel to UC Regents meetings as well as function put on by UCOP. What sort of agenda items or discussion items would you propose at these events that would benefit the student body at UCSB?

I think it’s important that we do have a presence at these meetings. It’s nice that they usually give us an hour or two before their meeting, its kind of an open forum where we can discuss things, but I don’t think that’s enough. Something I really want to work on is pushing UCOP and the UC Regents to allow more student representatives on the UC Board of Regents. Currently, there are 26 representatives, and only 2 student representatives, one of which gets to vote. So there’s one vote out of 26 votes, which really is going manifest much influence. I do not think its fair and just that the people sitting on the UC Board of Regents are voting on things that aren’t even affecting them. At the least we should have five student representatives, but it’s going to be step by step.

I want to work with them to lobby our representatives to pass initiatives like the Middle Class Scholarship Plan, which proposes to lower tuition from $12,000 to $4,000 by taxing out of state corporations that do business here and currently benefit from a tax loophole of a billion dollars that should be going to education. The Governor came up with a hybrid plan that is sort of a progressive tax plan to tax individuals who make $250,000 or more a year and that extra revenue would go to higher education.

How would you address the continued state divestment in higher education and its subsequent effects on UC tuition?

I want to have a week of action each quarter where we have a whole week where maybe one day is dedicated to voter registration. Three years ago leading up to the presidential election we had over 10,000 people registered to vote, that gave us the legacy of being the number one voter registration university in the country and that’s something to be proud about. I think it’s important we register to vote so we can manifest influence over our representatives.