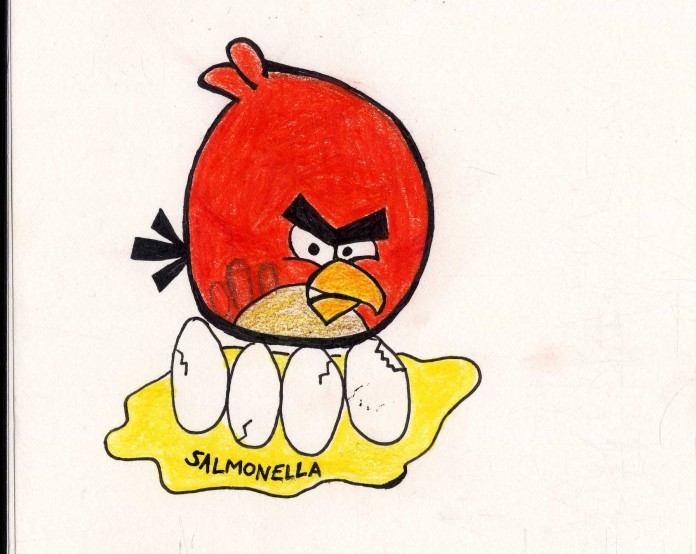 Fans of raw cookie dough may want to put down the spoon. University of California Santa Barbara researchers, in association with researchers at the University of Sydney, recently discovered “hypervirulent” Salmonella bacteria that are capable of causing disease 100 times more than other known strains of Salmonella. In comparison with other strains of Salmonella, these are considerably more toxic and capable of adapting to different environments much quicker.

“The disease symptoms and effects are accelerated,” said researcher Michael Mahan. “They are rare compared to ‘standard strains.’”

There are approximately 40,000 cases of Salmonella infection reported each year in the United States, with about 30 resulting in death. It is the most common cause of foodborne illness in the U.S., infecting humans through physical contact or ingestion via contaminated food. Mahan said the risk and potential for the new hypervirulent bacteria to move and grow cannot yet be fully understood.

“The risk is unclear at the moment, but the primary concern is food safety,” said Mahan. “We don’t know the risk of spreading at this point.”

Considering the danger associated with the research, the scientists took every precaution to ensure the containment of the Salmonella bacteria.

“The top three priorities in our lab are safety, safety, safety,” said Mahan. “There is minimal risk to researchers and to others outside the lab… We have strict decontamination procedures that are followed at all times, so the risk is minimal to none.”

As Salmonella is mostly transferred to humans via food, representatives for the UCSB Dining Commons said they take every precaution to eradicate the risk to the students that dine in any of the four commons.

Kemp also said that for students who don’t use the dining services and instead prepare their own food, small steps can help prevent the spread of Salmonella and fight off infection.

“Check the expiration dates of foods like meat and milk,” said Kemp. “When purchasing raw meat, if there is juice from the raw meat dripping, be sure to place the package in a plastic bag. At home, be sure to keep the meat away from ready to eat foods like fruits and vegetables.”

Salmonella control efforts are estimated to cost the U.S. up to $14.6 billion annually, further encouraging the study’s researchers to understand and counteract the new hypervirulent strain.

“Now that we have identified the problem- and potential solutions- we just need to get to work,” said Douglas Heithoff, the lead author of the paper.

“Now that we know what to look for, we are making progress in the design of methods to detect and discriminate them [the ‘hypervirulent’ bacteria] from other strains,” said Mahan. “The identification of these more powerful strains and understanding their capabilities is critical to the design of vaccines to combat them. Vaccine design: basically, we are trying to make lemonade (vaccines) from lemons (bugs)- but these are pretty nasty lemons.”