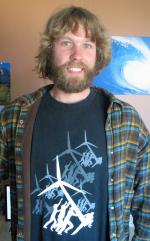 In March 2012, the University of California Santa Barbara community mourned the loss of a third-year ecology, evolution and marine biology Ph.D student, Christian Balzer, 27, who took his own life after struggling with depression.

Balzer graduated from the Ruprecht-Karls-Universität Heidelberg, Germany, in 2006 and received a B.A. in biology and environmental studies from St. Olaf College, Minnesota, in 2008 before attending UCSB to receive his Ph.D in EEMB in 2015. He was honored with both the Established Leader Award and Distinction in Biology from St. Olaf College in 2008 and was a member of the academic honor society, the Phi Beta Kappa Society.

Balzer’s studies at UCSB concentrated on ecological theory and sustainability science. In October 2011, Christian was featured on the UCSB press release and his team’s research was published on the online journal Nature. Their research concentrated on achieving food security and protecting the environment as the world’s population continues to increase up to over nine billion by 2050.

Professor Cherie Briggs taught Balzer in her Quantitative Methods in Biology course during his first year at UCSB.

“He immediately struck me as very smart and bright and he had an interest in solving real world environmental problems,” said Briggs.

“He was all about service to others,” said Colin Curtin, Blazer’s close friend and band mate. “He wasn’t just someone who said they wanted world peace, he actually did real concrete things to bring about world peace.”

“Christian was an insanely good guitarist, it’s almost impossible to find someone that would match his skills,” said Curtin.

“He taught me so much about measurements,” said Francisco Vasquez, another close friend and band mate of Balzer’s, reflecting on the moments they shared as band mates. “‘Let’s keep making music,’ he said. The guy was so talented and he had a passion for it and put the band together. He was the one putting our rehearsals together- he was a big piece of our band.”

On April 22, Earth Day, the first World Wide Drum Circle of Drum Circles is taking place- an event organized by Balzer himself. On his website, he says, “the purpose is to create a tangible sense of global unity on Earth Day (a day that is charged with good energy anyways…) by getting as many people as possible around the globe to create a rhythm together.”

“He once told me that I had the power to bring everyone together and that people like to listen to me because what I’m saying is important- that was more than a compliment because he was going through a lot himself,” said Vasquez.

When asked about depression, Colin shares, “depression is present all the time. Everybody knows somebody who has lost someone to suicide… And I feel like it’s hard because even though Christian was going to therapy, he still killed himself, it’s confusing.”
Students frequently share how they feel depressed, especially university students who are burdened with the stress from academics, financial responsibilities, social relationships and pressure from family and friends. However, according to the UCSB Counseling Services, clinical depression “is different from normal sadness in that it engulfs a person’s day-to-day life, interfering with the ability to study, work, eat, sleep and have fun. The feelings of helplessness, hopelessness and worthlessness are intense and unrelenting, with little, if any, relief.”

Some signs of depressed students include decreases in class attendance and socializing with peers, and can lead to dangerous thoughts such as suicide.

“When he disappeared for two weeks, and we couldn’t get a hold of him, we knew something was wrong,” said Francisco.
“We’re trying to plant a tree in his honor,” says Professor Briggs. People who worked with and taught Christian are looking into planting a native oak tree “which overlooks the ocean on the bluffs.”

On April 6, Christian’s friends from around California and family from Germany gathered at Sands Beach, CA for his memorial service.

For more information or if you think someone needs special attention, please contact the Counseling Services (805) 893-4411 or visit the website http://www.sa.ucsb.edu/distressedstudentsguide/.