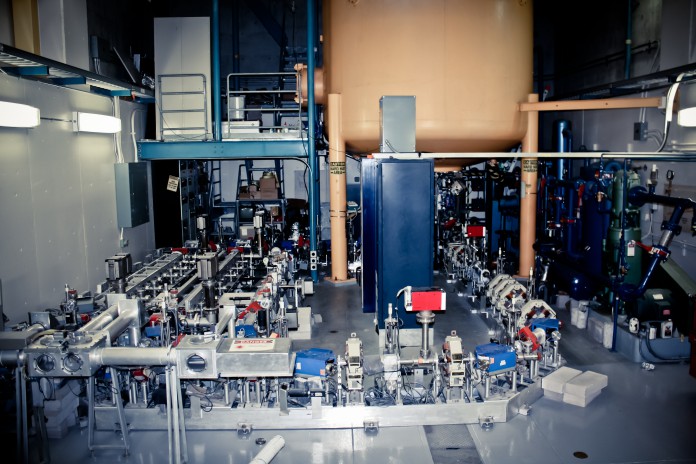 Recent research in the University of California Santa Barbara physics department made new strides in developing faster processing, using high and low frequency lasers much different than the multicolored ones used at dance parties in Isla Vista.

Along with a team of physicists, Mark Sherwin, professor of physics and director of the Institute of Terahertz Science and Technology, discovered how to use the lasers to increase the speed of processing information, which can lead to quicker forms of communication and higher quality video and audio. The results came as a great surprise to the research group, who previously recorded only a couple of frequencies when mixing lasers. By using a combination of terahertz and infrared lasers, the team documented 11 different frequencies, all represented by a different color. Their research was presented in a paper that is featured in the current issue of the science journal “Nature.”

According to Benjamin Zaks, a sixth-year UCSB doctoral student in physics and co-author of the paper, the process was completed using the free electron laser in Broida Hall. Using a series of magnets and two reflective mirrors, the terahertz laser is generated through the machine; then, an electron beam is shot through a series of magnets that diffracts the laser. When those diffractions occur, radiation is emitted. Most of the radiation is captured between the mirrors; however, a less-reflective mirror is used on one side to allow a small amount of radiation to escape. This radiation is used to create the terahertz laser. When a high-frequency laser like an infrared laser hits a semiconductor metal, it removes an electron causing an electron-hole-pair. When a low-frequency laser like the terahertz laser is introduced, the electron then accelerates and re-collides with the same location where it was removed creating multiple frequencies of light simultaneously.

“This is just the beginning of understanding this phenomenon,” Zaks said. “It has potential to increase the speeds of optical communications and has promising potential in materials’ characteristics.”

Up until Zaks and Sherwin’s research, terahertz lasers were mainly associated with the field of medicine, where they provide a safer method than the use of x-rays in performing full-body scans. Zaks worked with Sherwin for a year and a half to prove that the lasers had additional applications beyond medical testing.

Carl Gwinn, a professor of physics at UCSB for 23 years, believes that the new research could lead to significant changes in technology to come.

“I remember when we were first introduced to the Internet; there was bit-net, then Ethernet connections were developed, then people created optical fibers. This is another step in developing new technologies,” he said.

Alexander J. Pavellas, an electrical engineering graduate student, agrees that the research could mean great strides in optical communications and other forms of technology.

“UCSB is one of the world’s leaders in materials research, as well as transistor and semiconductor laser design,” he said. “If you can send laser pulses down a fiber optic line at multiple frequencies, then each frequency will provide another data channel. More channels mean more data, more data means, among other things, higher quality video/audio can be sent down the line. I think these experiments are a great example of how a new phenomenon in physics can quickly lead to new technologies, and I look forward to seeing what this leads to.”