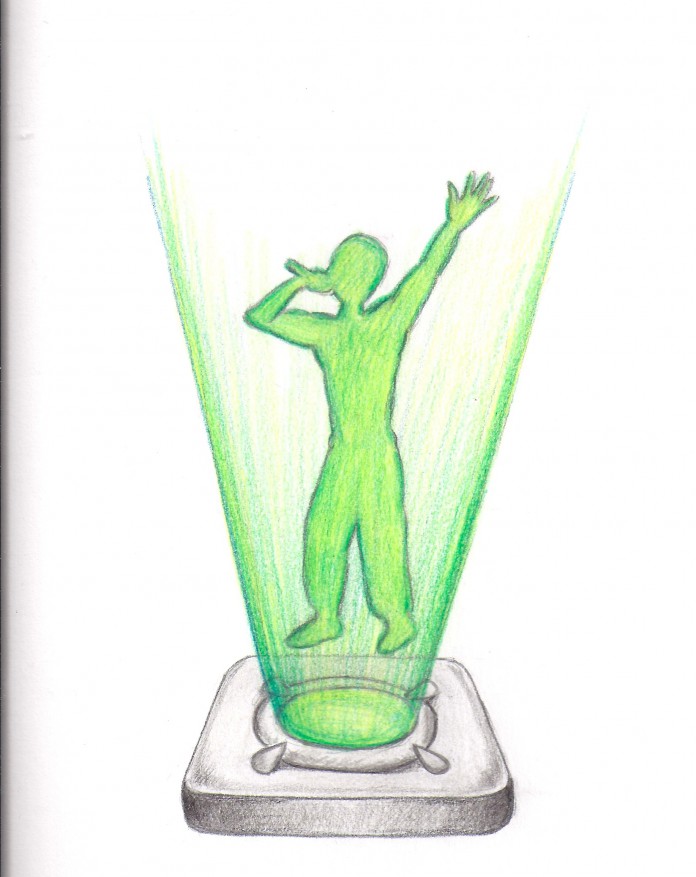 The spotlight on Coachella was not an up-and-coming jam band or classic rock reunion, but a rapper who has been dead since 1996. Tupac Shakur, well a ghostly digital animation of Shakur, hit the stage alongside West Coast hip-hop legends Snoop Dogg and Dr. Dre for the grand finale of weekend one of Coachella. But what can we make of the conjured quasi-resurrection of arguably California’s greatest rap artist in history?

Virtual dead rap stars are catalysts to exuberant nostalgia for dedicated fans but let’s be honest – the idea is just creepy. Yes, it is a tribute, at the moment, with reverence done in a spectacle of technology; however, the idea of Dr. Dre and Snoop Dogg touring with a lifelike optical illusion of deceased Pac is quite the opposite- disrespectful. Hologram Tupac already has a Twitter account that is closing in on 35,000 followers and his shock value continues to permeate popular discussion.

Before inquiries are to be made as to the future of the $100,000 performing animation, let me note the atmosphere during the first rendition of Computerized Pac. Some witnesses were lost in an auditory/visual overload of musical rapture; others stared with a look of bemused perplexity. Tens of thousands watched live, while the Coachella Live channel on YouTube landed over seven million total video views over the course of the weekend. Even though Tupac died before Coachella was ever organized, he came out and said, “What the fuck is up Coachella!” He then proceeded to rap some of his classics in a pseudo-performance with Snoop Dogg. If the spectacle of technology wowed the sober viewers, imagine those who were not! Eccentric bohemians in altered states of consciousness synergized psychedelic soul-searching and bewildered curiosity as many wondered if Shakur had ever died at all.

“I didn’t know that wasn’t Tupac until I woke up the next morning,” said Tom Kalustian, a music promoter from San Luis Obispo.

Due to the ambiguity surrounding Tupac’s death, it is of no surprise that the shock value is so prevalent.

Shakur, killed in a drive-by shooting in1996, now reappears as a 3-D projected image that is currently under consideration by Dr. Dre and Snoop Dogg’s representatives to tour with the rap duo. You mean to tell me that deceased Tupac (who has no say in the matter), will be dropping lines all over the country again!? I’m sorry, I love Tupac but I unfortunately missed my chance to see him perform- you win some, you lose some.

Though this viral sensation is currently grabbing attention in the music industry, it is not the first of its kind. Digital Domain Music Group, the creators of Tron Pac, were approached by Dr. Dre with his idea to create a performing illusion- they eagerly accepted.

Ed Ulbrich, chief creative officer at Digital Domain, said “This is just the beginning,” and “Dre has a massive vision for this,” according to the Wall Street Journal.

Digitalized Hatsune Miko and AKB48 are virtual pop stars that have drawn prolific success in countries like Japan and growing interest in United States markets. Synthetic performances appear to be increasing at an exponential rate on a global scale but how long will this last for? Who will profit off of a false personification of Tupac’s image? These are questions that will be answered in a short time. Dr. Dre has yet to answer any questions on the future of 3-D Shakur; presumably he is waiting until the end of his two-week run in Coachella Valley.

Time will tell if Dre and Snoop plan on keeping their “ghostwriter” with them in the future. If it were up to me, I would appreciate the astonishing technology by leaving Tron Pac behind and move on with living, mortal musicians. What is next a Notorious B.I.G. hologram? Let’s hope not.