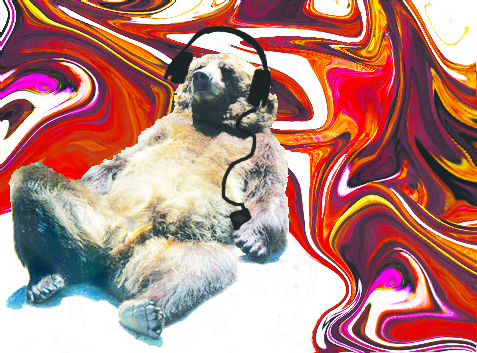 Although the two seem entirely unrelated, each plays an important role in my life by altering my mood, either to self-pity or to sheer ecstasy. However, music grants me some of the comforts that chocolate cannot (shocker, I know). Although both have gotten me through breakups and often cause sudden outbursts of excitement, music can actually encourage workouts (the nemesis of chocolate lovers), be used as an icebreaker and can bring back long lost memories of events from the past.

Although I can’t exactly say that I am a musician of any sort, as my voice has been known to break mirrors, I can wholeheartedly say that music is one of the highlights of my day, every day. When I’m studying, I turn to classical music so that I can get in touch with my calm and collected side. When I’m working out, I definitely need some LMFAO to encourage any acknowledgment of my hidden sexiness, and most of all, when I’m angry, I’ll just blast some Eminem and pray that no one ventures past my dorm room to hear my attempts to keep up with his mile-per-minute raps.

It is true that everyone has very eclectic music tastes, but as seen in the touching viral video “Alive Inside,” listening to some tunes has an almost universal effect on people of any age. The video features an elderly man in a nursing home who is suffering from Alzheimer’s. At first, he is entirely unresponsive to even his daughter, but when he is able to listen to music from his era, he begins to dance and gives a tiny speech about how beautiful music is to him and who his favorite musician was back in the day.

To me, this video proved that music truly has the ability to invigorate the senses and bring about or suppress emotions such as happiness, sadness and nostalgia. I wouldn’t go as far as saying that Carly Rae Jepsen’s “Call Me Maybe” will someday lead to world peace, but I will say that the catchy song can definitely lead to some great dance parties and perhaps even an idea for a cheesy pick up line, although I don’t really recommend it.

If I haven’t convinced you of just how amazing music is, imagine Isla Vista nightlife without it. Parties on Del Playa without the terrible Dubstep blaring? The thought of that is nearly impossible. Frat parties without any rap songs about the female anatomy? Fat chance of getting any girls to dance on a pole. If you actually think about it, I can bet that music has been present in some of the most memorable moments of any college students’ life, and if it hasn’t, then they are sorely missing out.

If you still think I’m crazy or have a terrible taste in music, or both, the scientific journal LiveScience conducted studies that proved that music can indeed increase brain function and that actually participating in music lessons leads to long lasting cognitive success.

The topic of music and emotion can be very vague, but I think it is safe to say that everyone has at least one song that can make even a rainy day and an 8 a.m. section on Friday somewhat more bearable. So the next time you have one of those days where you just want to devour an entire chocolate factory, instead, open up your iTunes and search for something that will either make you laugh or remind you of a funny memory. Even if you want to wallow in self pity, you can just play some Celine Dion and curse Rose for being as selfish as to not share her floating piece of furniture with Jack in “Titanic.” Listening to music is good for the soul, and definitely better for your waistline than turning to a chocolate bar, no matter how tempting it seems.