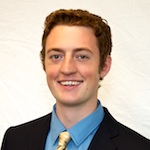 Why do you want to be AS President?

I saw in Associated Students a disparity between the decisions that we were making in Legislative Council and other places and what decisions students would have wanted us to make.

I also want to bring a new perspective to student organization and lobbying. I feel like I can sort of speak on the level of students that aren’t traditionally lobbyist and inspire them to lobby for reasons that may not have necessarily been brought to light, or more importantly, brought to their attention, and how it affects them. I think having multiple perspectives at the lobbying is really going to push lawmakers to say, ‘OK this problem has so huge, that its not just the usual that are lobbying, its entire groups.

Student apathy towards AS is still a persistent issue. How do you plan on making AS a more inclusive Association?

Students here, they’re very serious about their studies. So extracurriculars are fine and dandy, but when it comes to extracurriculars that are commitments, they might shy away. What I would like to do to make AS more accessible to everyone is I’d like to go through vehicles of advertising. I want to make sure that any event thrown by AS, people really know it was thrown by AS.

A lot of people think AS is a job. People in AS are very serious people and often lose sight of how fun AS can be just intrinsically. We’re doing really cool things – let’s tell the students about that.

What will you do as President to address continued state divestment from higher education and subsequent rising UC tuition?

We took a $650 million cut to the UC system and it happened at a time when there wasn’t as strong as a student presence as we’re starting to see for and that student presence is exactly what I’d like to harness and sort of effectively use to lobby politicians to make decisions on behalf of higher education. If politicians are truly concerned about the welfare of California and the deficit that we’re in then we should be supporting higher education. We need lobbying power and I think we can see the angst of students in the regents meetings and the general frustration – they’re being ignored by politicians.

By inspiring massive student movements like those seen on March 5 in Sacramento and going to lawmakers and saying lawmakers you can ignore us anymore we need money, you need to preserve higher education, you’re not moving California in any direction. These things I find are intuitive, and I think they’re intuitive in students and I think I can make it intuitive for lawmakers as well.

What will you do as President to defend student organizations?

As President I think we really need to look at the efficient parts of AS and the inefficient parts of AS. We’ve had so much money we’ve gluttoned ourselves into a rut. I mean, the ruts wide, but we’re stuck in it. Now what we need to do is look at programs that are reaching thousands of students with hundreds of dollars and compare them to programs that are spending thousands of dollars on a hundred students. We need to divest the money appropriately so that we’re just as being as effective as possible and reaching out to as many students as possible.

One example, I would like to increase outreach programs for the LGBTQ community. I really want to consider the mission statement of different committees and organization and try to find duplicates and narrow down those committees and consolidate them because if you’re spending for an entire staff of people and they’re doing the same thing as another staff of people you’re paying twice as much for the same thing. Through narrowing down the Association we’re going make some programs more effective, but we’re also going to free up a lot of room in the unallocated, which I feel is hugely important because there are over 30 committees and over 300 organizations. So by giving more money to the 300 organizations I feel like we’re outreaching to more students. Although in our mission statement it says we’re supposed to finance committees before OSLs, I feel like the collection of OSLs is just as important to students as the committees.

How do you plan on creating a fair and honest budget that will keep AS financially sound will simultaneously ensuring the reach and impact of the Association?

By no means are we going to evaluate the committees and put a quantified number on their work. A lot of the work is unquantifiable. It’s all about effectiveness; it’s not about saying this organization reaches out to more students so we should give them more money – absolutely not. But I want to focus on efficiency. Appreciating the mission statement for what it is and finding a better way to continue that mission. So as far as the budget goes, I don’t want to remove any committees by any means, but I will look towards places where we can combine committees that will free up money in the association. And also getting these lock-in fees passed – I wouldn’t have to do any of this if the lock-ins were passed, I feel.