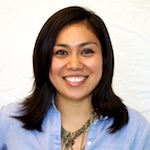 Why do you want to be IVP?

I am currently on leg council, I serve as an off campus representative, but I am also the second pro temp for the Vice President. I and the first pro temp work very closely with her since we’re part of her office, I attend those meetings. I’m on the honoraria committee, I’m on the bylaws committee. When Lupe ran she had a lot of great ideas, a lot of things she wanted to implement, like going paperless, that’s something I want to continue. I’d say I’m well qualified for this position because I’ve been inside AS and I’ve seen what it needs. I feel like there are some divisions between some BCCs and Leg council and I want to fix that, I want to have open lines of communication. Also with the press, with the bottom line and the daily nexus. How are our news organizations supposed to know what’s going on if we’re not willing to inform them? In general, BCCs need to know more about what is going on in leg council. We really need to express that we are here to help them and I want to use the executive office to communicate with them about how we can do that.

If you had to choose one issue at UCSB that must be attended to immediately what would it be and what policies would you promote to solve it?

Well, right now something we’re dealing with is the UCOP tax. They’re assessing our 2009-2010 budget and that year we had a lot more money than we have this year. UCOP wants a check, they want their money in May. We’ve been sending this letter to Chancellor Yang and Vice Chancellor of Student Affairs Young and saying ‘you do not know what kind of consequences would come out of us giving away the 200,000 dollars, or getting money from lock-in fees. Students approved those lock in fees and were never told that this tax would come, and even if the tax is 1.6% this year, but who’s to say that it’s going to stay the same? So, that’s what I’ve been working on and even if I’m elected, I want to deal with this now, I don’t want us to just wipe our pile it over to next year’s senate.

How do you plan to bridge students’ issues in Isla Vista with campus issues?

As of right now, all leg council reps have to hold office hours. Honestly, holding office hours in the AS Main doesn’t make us more transparent, it really doesn’t show how we’re trying to reach out to students because most students don’t know even know where the AS office is. It’s an obscure place, and to expect students to come walk up to us in a bit unreal, so I want to take that out of our duties, because we need to be out there. So, if I were to eliminate office hours in AS Main, then we would have office hours outside, which we currently can, but it’s not mandatory. I would want to hold my hours in AS Main because of the more business aspect of things that would require me to be in the office, but holding them off campus. There really is no way to see if they are actually holding them, so if I were to create groups, I would know who was there in that group. So definitely having oh off campus but also working with EVPLA. And, being an off-campus representative currently, I know that there are a lot of issues in iv that are not being addressed. Sexual harassment is huge, whether it be behind closed doors or not, it hasn’t really been addressed off campus, and that’s something I’d like to fix.

Are there ways in which you think AS is currently wasting money and how would you solve it?

I think it’s harsh to say they’re wasting money. Everything in its right place is something we need to have in mind. Is this money necessary? Are we spending our money wisely? Honestly, leg council goes on, and has really long hours and we have not spent money on food for the meeting, so why is an organization or an entity that has 2 hour meetings buying food when it may be a lock in fee or may be receiving its money from finance board. Either way, I don’t think it’s justified because students are not paying for you to purchase food. Within the association, if we had paperless meetings and could use an overhead display, that would be an easy way to save money, too.