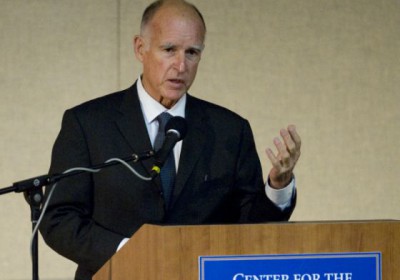 As the car capitol of the world and leader in green energy, in the next two decades California will witness the rise of the electric expressway and the installation of new charging stations for electric and hybrid vehicles.

California Governor Jerry Brown and the California Public Utilities Commission announced March 23 a $120 million settlement with NRG Energy Inc. that will fund the construction of charging stations for zero-emissions vehicles, ushering in 200 new public fast-charging stations and another 10,000 plug-in units at 1,000 different locations throughout the Golden State.

The network of charging stations funded by the settlement will be installed in the San Francisco Bay Area, the San Joaquin Valley, the Los Angeles Basin and San Diego County and proponents are touting the settlement as a breakthrough in encouraging consumer adoption of electric vehicles and a steppingstone to achieving California’s clean car goals.

The announcement of the construction of charging stations follows an executive order by the Governor laying the foundation for the goal of putting 1.5 million zero-emission vehicles on California’s roadways by 2025.

“This executive order strengthens California’s position as a national leader in zero-emission vehicles,” Brown said in a statement. “The settlement will dramatically expand California’s electric vehicle infrastructure, helping to clean our air and reduce our dependence on foreign oil.”

The settlement resolves ten-year-old claims against Dynergy, the predecessor of NRG, for costs of long-term power contracts signed in 2001. One hundred million dollars from the settlement will fund the installation of charging stations, plug-in units and electrical upgrades, and according to the governor’s office, will not cost California taxpayers a single penny.

“The settlement will launch a virtuous circle in which ever more Californians will feel comfortable driving EVs, and growing EV sales will in turn attract ever more investment in charging infrastructure to our state,” said CPUC President Michael R. Peevey. “It will create jobs in California, help clean our air and support our attainment of our greenhouse gas reduction costs.”

While opponents to green legislation have argued an executive order like Brown’s could close the door on certain sectors of the economy, business and environmental leaders alike have embraced his actions on electric vehicles.

“Governor Brown’s executive order will create jobs and help clean-up our environment,” said Carl Guardino, CEO of the Silicon Valley Leadership Group. “If 10 percent of the vehicles in the Bay Area were EVs, the region would save about $1 billion which then could be spent on the local economy.”

The auto giant Nissan also applauded the Governor’s executive order, calling the decision a “clear vision,” and used the opportunity to plug Nissan’s own zero-emission line, the Nissan LEAF. According to Brian Carolin, Senior Vice President of Sales and Marketing for Nissan North America, 40 percent of the 11,000 Nissan LEAFS sold in the United States are on the roads in California.