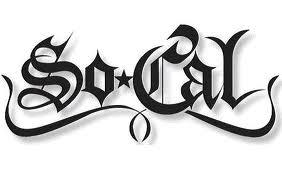 Competition is what makes capitalism great (or so I have been told) and nothing embodies competition more than a good rivalry. Pepsi vs. Coke, Katy Perry vs. Lady Gaga, Yankees vs. Red Sox and the Bloods vs. Crips are just some of the most enduring rivalries that come to mind.

However, the most pertinent rivalry for the average University of California Santa Barbara student, besides UCSB vs. Cal Poly San Luis Obispo, is SoCal vs. NorCal. Anyone who inhabits Isla Vista has probably at some point spent a better part of an hour in a slurred inebriated debate over which half of the state is superior or has been subjected to listen to such a debate at the very least. I actively try to avoid such debates and if asked my general response is that I am from one of those square states in the Midwest that has a meth or obesity problem which is often met with condolences. As desired, this immediately excludes me from the conversation because such states are so obscure that there is no way they can rival California.

Despite my neutrality, I am not without an opinion on the matter and the reader should know that I am partial to SoCal (albeit NorCal has the better weed). I can’t help it; I am a California kid born and raised in the greater Los Angeles area and for better or for worse Los Angeles is home. But subjective disclosure aside, SoCal and L.A. in particular is California, or to state more accurately, the quintessential Californian aesthetic.

Since the early days of Manifest Destiny, the West has always been romanticized as an untamed hedonistic landscape where self-determination and rugged individualism will yield all of your greatest desires. In the 19th century, settlers endured dreadful conditions in the hopes of striking it rich in the gold fields of California. One hundred years later this remains to be true however, the object of desire has shifted from gold nuggets to gold stars and Oscars.

Throughout the 20th century, Hollywood has been attracting aspiring stars like bees to honey. Many leaving behind their familiar way of life and enduring the omnipresent allure of abundant recreational drugs, such as alcohol in the 20s or cocaine in the 80s, while being subjected to laboring remedial positions in the service industry on the quest to stardom. Historically, Hollywood has been all too happy to exploit this familiar fish out of water story, which is evident with sitcoms like “The Beverly Hillbillies” or “The Fresh Prince of Bel Air,” but the point is when people think California they think of Los Angeles and the two are deeply entwined.

Sure this journey is superficial, but nonetheless the imagery of Hollywood and Los Angeles has become the idyllic version of California across the globe. Growing up, older more seasoned Angelenos often spoke gloatingly over how people from other countries assume that everyone in Los Angeles is in constant communication with celebrities, which I thought was a lot of self-glorifying hullabaloo. However upon traveling to Germany I found out they were right, and many Germans were eager to find out if I have laid eyes upon Brad Pitt or Ryan Gosling (the answer was no, however I have seen Ron Jeremy on several occasions outside of La Poubelle).

It has often been said that America’s number one export is our culture and if that’s the case, Los Angeles is its port of departure, hence making it a cultural hub for not just the vanities of Hollywood but for music, film, fashion and the visual and culinary arts. Though I loathe how superficial Hollywood and Los Angeles are, I love the cultural byproducts they have attracted, and that’s what makes SoCal great. There is something for everybody.

But when it boils down to it the SoCal vs. NorCal rivalry is futile and superfluous. The question of which is better doesn’t matter because it’s California and it’s an awesome place to live, unless you’re from Bakersfield or Riverside (if you are my condolences) and as the Red Hot Chili Peppers said, “the sun may rise in the east at least but settles in a final location.”