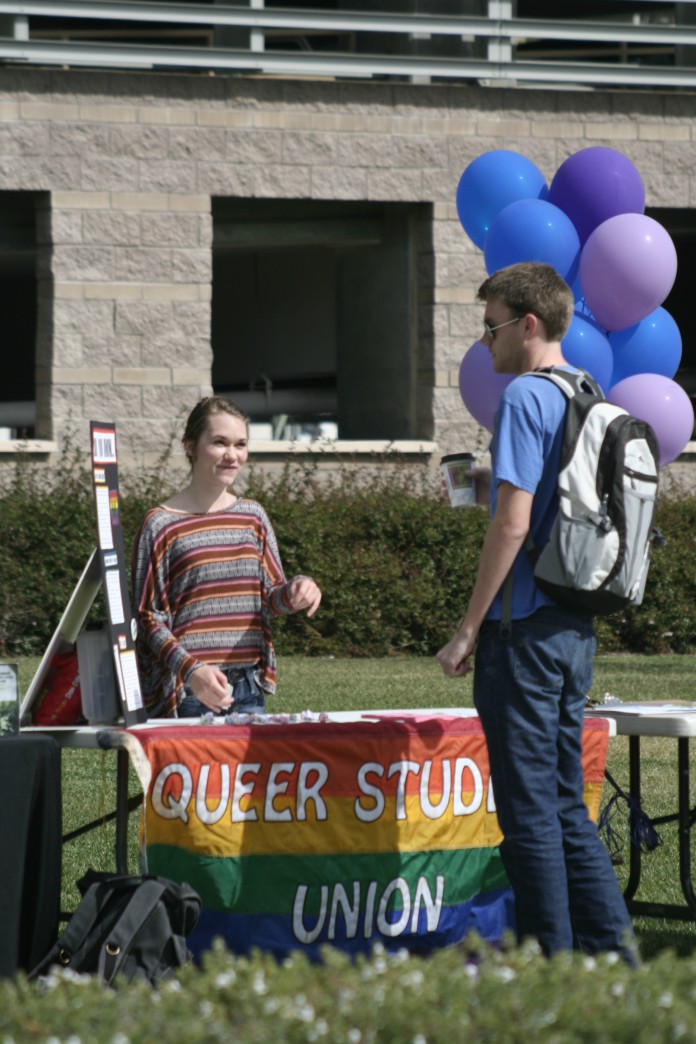 The ongoing political struggle and recent controversy within the Obama administration about women’s reproductive rights sparked interest in VOX, Voices for Planned Parenthood, a University of California Santa Barbara student organization. On March 5 through 8, the campus organization will launch their first annual Reproductive Justice Week.

The event began with a fair on the lawn across from the Student Resources Building on Monday, March 5. Allied organizations, such as Campus Democrats, End Fake Clinics and Planned Parenthood set up tables in line with VOX to educate passing students about various issues. Co-chairs of VOX, Annis Duran and Jasmine Davenport, sponsored a table providing information about reproductive rights, related events and ways to support the issue.

Duran, a fourth-year sociology and feminist studies major, explains that the main goal of their organization is to raise awareness about reproductive justice and the resources that are available through Planned Parenthood. Because women’s reproductive health constantly spawns controversy within the government, Duran feels it extremely important to support organizations like Planned Parenthood that provide for women’s health, often free of charge.

“Our purpose is to get out of the pro/anti-choice framework to show the campus community what reproductive justice really entails,” said Duran.

Planned Parenthood, she clarifies, provides a great deal of resources apart from handling abortions. In fact, 97 percent of Planned Parenthood services including Sexually Transmitted Infections testing, pregnancy tests and provision of contraceptives do not involve abortion at all.

The educative goals of VOX proved successful to teaching students more about the resources provided by Planned Parenthood.

“There’s a program I had no idea about for low-income people, like students, to get free STI tests and birth control,” said first-year global studies major Presly Mellor.

Mary Smith, a third-year biology major and member of VOX, signifies the importance in making choices about one’s body. Smith stands by Planned Parenthood as a vital resource for college students to have access to.

“The services offered by Planned Parenthood give everyone the opportunity to make educated choices,” Smith said.

The concept of informing people about their options is a critical aspect of the organization. VOX collaborates with the campus organization End Fake Clinics to raise awareness about the deception of Crisis Pregnancy Centers and the false information they provide about birth control, abortions and STIs.

Dana Bass, fourth-year sociology and environmental studies major and member of End Fake Clinics, hopes to educate students about the misinformation provided by CPCs. In the tri-county area there are 28 CPCs and only 3 Planned Parenthood care centers. Because of the high chance that someone would visit a CPC over Planned Parenthood, End Fake Clinics pursued and successfully passed a resolution through Associated Students that regulated the truthfulness of CPC advertisements displayed on campus.

Both Voices for Planned Parenthood and End Fake Clinics defend the right for women to receive correct information about their health and subsequently make their own educated choices about what’s right for their body. Through events like the Reproductive Justice Fair, VOX hopes to raise student awareness about these available resources and simultaneously convince the government to support them.

Taking Back The Night by Richard Jimenez