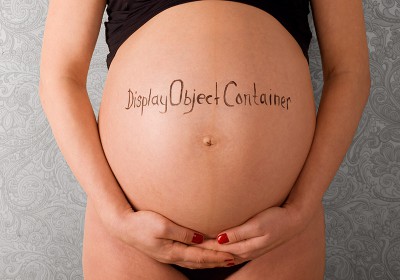 For college students, most of their worries revolve around memorizing complex formulas and buying enough alcohol to get through the weekend. For teen mothers, most of their worries revolve around paying for baby formula and sleeping long enough to get through the day. The latter demographic, according to a recent report from the Centers for Disease Control and Prevention, is a prevalent one: despite the increasing publicity over the past few years on teen pregnancy and the availability of birth control around college campuses, U.S. teen pregnancy rates are still the highest among developed countries.

The data, which was collected via survey from teenage girls ages 15 to 19 from 2004 to 2008 through the CDC’s Pregnancy Risk Assessment Monitoring System, suggests that shows such as MTV’s popular programs “Teen Mom” and “16 and Pregnant” may not be doing as much to condone safe sex as some people thought they would. As described in a Los Angeles Times article from Jan. 19, half of the girls who reported pregnancies to the survey said that they weren’t using any form of birth control. Thirty-three percent of that half also said that they didn’t believe that they could become pregnant during the time of conception. The study’s researchers also attributed 21 percent of the reported pregnancies to an inconsistent use of contraception, where the girls said that they become pregnant despite using a “highly effective contraceptive.” More information regarding the report is available in the Morbidity and Mortality Weekly Report on the official CDC website.

Raw data aside, the study underscores the influence of teen pregnancy in America that is, arguably, a phenomenon within itself.

“I think it [the high rate] makes sense; kids are exposed to that kind of stuff through the media everywhere,” Naomi Kim, a third-year communication major, said. “My sister’s in the fourth grade and she and her friends already know about sex and all that.”

Although debate over contraception and safe sex versus abstinence education is still rampant, research such as the CDC’s raises questions regarding the effectiveness of U.S. sexual education.

“It’d be nice for kids to be taught abstinence, but at that [adolescent] age it’s probably better to teach them safe sex,” Kim said.

Nancy Gustafson, a clinic manager at University of California Santa Barbara’s Student Health, said that “opinions on the issues…are not something we are allowed to comment on” as Student Health staff members, but stressed the resources available for those pursuing more information on pregnancy prevention and reproductive health in general.

“Students can access women’s healthcare at Student Health, to include birth control. Students typically schedule a 30-minute appointment to have a women’s annual exam (which may include a pap smear) and they can discuss the different types of birth control options at that time, and get a prescription if they decide on oral contraception. We also have IUD and Implanon available here at a very reasonable cost with the UC SHIP insurance,” she said. “Pregnancy counseling is available for students on a walk-in basis as well, along with Plan B at our Pharmacy if the student chooses to use it. We spend time counseling students even with a negative pregnancy test in an effort to prevent unintended pregnancy. If they test positive, we discuss options and resources and provide them with the appropriate referral. I do this counseling along with my lead medical assistant if I am not available.”

Besides the variety of birth control provided at Student Health, sexual health and education is promoted around campus and in the residence halls- Safe Sex Peers are on every floor in the dorms, the Residence Halls Association holds sex education-related events throughout the year and on-campus groups hand out complimentary condoms on a seemingly daily basis.

Based on the CDC’s statistics, these educational and preventative methods are nothing short of necessary. As stated on the home page of the UCSB Health & Wellness website, one of their listed goals and objectives is “to challenge sexual health misconceptions through the use of the Student Health Center and Health Education, the peer education program itself, and the use of outreach, education and media campaigns.”

Indeed, from the CDC’s research it appears that misperception, not simply a lack of resources, is one of the key components in this increasing rate of U.S. teenage pregnancies. The study appears to claim that, ultimately, more adequate education and prevention is imperative to stagnating and reversing this trend.