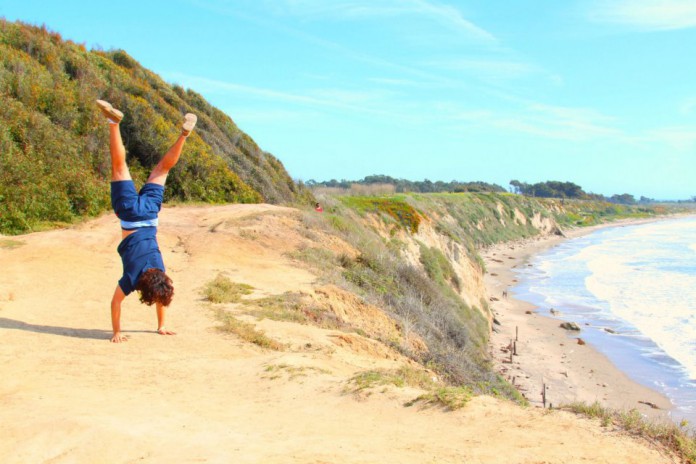 Green was the theme last Monday, Feb. 27 at the Mosher Alumni House when Career Services hosted a panel of University of California Santa Barbara alumni currently working in environmental-related industries. Five panelists were present to discuss their experiences and answer student questions.

While all the panelists had worked multiple environmental jobs, they each gave advice that was relevant to students pursuing any field.

The first to speak was Dr. Mark Kram, founder and CTO of Groundswell Technologies, Inc., which specializes in monitoring environmental and homeland security networks. Kram graduated from UCSB in 1983 with his B.S. in chemistry and again in 2002 with his Ph.D. in environmental science and management. Kram used his experience as an entrepreneur to encourage students to contact important networking targets.

“Relationships are really key,” Kram said when describing the importance of getting to know the successful people in one’s desired field.

The second panelist was Karen Feeney, green resources manager for Allen Associates, a contracting company that specializes in Green building. Feeney emphasized the importance of being flexible and adaptable.

“You are going to have multiple careers in your life,” she said.

Feeney cited the U.S. Department of Labor’s statistic that the average American worker changes careers three to five times over a lifetime.

Jesse Patterson, environmental management specialist for the Santa Ynez Chumash Environmental Office, explained his experiences in widely varying fields. Patterson’s early internship experience taught him about the kind of work he did not want to do, “which is just as important as knowing what you want to do.”

Carla Frisk, who graduated from UCSB in 1975 with a degree in environmental science, is a long-time political activist and board member on several environmental organization councils that protect local landscapes. Her non-profit and volunteer work allowed her to connect with important people in the industry, and she attributes these people to much of her success.

“In all those boards, I made connections that helped me,” Frisk said.

JJ Yosh, the most recent speaker to graduate from UCSB, expressed excitement to explain about how his interests came together to form his dream job as adventurer, filmmaker and self-described “eco-visionary.” Yosh plans to travel to Peru and Bolivia to film his documentary “Ancient Tomorrow,” which looks into the possibility of ancient energy technologies that may be reapplied for modern use. While Yosh studied chemical engineering at UCSB, he regrets choosing a major that he did not feel passionate about.

“I wished that I lived every day doing only what I love and not what my parents wanted from me,” said Yosh, who explained that going after genuine interests, not what others expect, is required to become the best in a person’s respective field. Yosh described his current documentary project as a combination of all of his passions.

The enthusiasm of the panelists and the information they shared implied that there are many opportunities in the environmental field, and this field is where the future of many industries lie.

“Everybody here is working on different facets of how to make the world a better place,” Kram said.

Feeney agreed that environmentalism is growing and holds good prospects for the future. When explaining the Leadership in Energy and Environmental Design building certification, Feeney said, “It’s the way that building is going to be in the future… Looking down the road, the way to build in the future is green building. There is no other choice.”

The sixth panelist, Jessica Scheeter, executive director of the Johnson Ohana Charitable Foundation, had an unexpected family emergency and was unable to make it Monday night. She may be able to appear at a future alumni panel this spring.

For information about future panels and workshops, students can visit careers.ucsb.edu and check out the Career Workshops & Events Calendar.