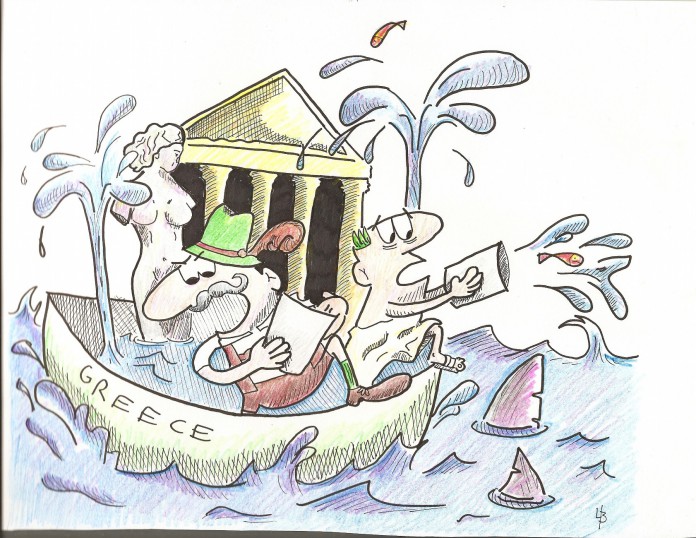 After weeks of negotiations and speculation by the international community, Greece has decided to accept the Eurozone’s conditions for a second bailout package. BBC reports that the Greek parliament passed a debt write-down law that will allow Greece to cut approximately $142 billion from the debt owed to private investors. Banks and private creditors have taken a 53 percent loss on Greek bonds, a measure taken to prevent Greece from defaulting on its loans and creating another round of financial crises, states BBC. This debt write-down is the first step in receiving a larger financial package from the Eurozone.

CNBC reports that on Feb. 21, the Eurozone G20 finance ministers agreed to a $172 billion bailout to help Greece avoid defaulting in March. This is the second largest bailout package Greece has received in the last two years. In order to get the European Union to agree to another bailout, Greece agreed to take severe austerity measures within its own country and cut government spending dramatically, says CNBC. The Washington Post reports that most of the bailout money will go toward preventing Greece from defaulting on its loans, which would bring down European banks and be extremely damaging to the European Union’s economy as a whole.

Unlike the last bailout package, the European Union, especially Germany, insisted on the structural reforms and austerity measures that Greece had promised in the past to become policy before the bailout was to be delivered, states the Washington Post. Austerity programs will force Greece to raise taxes, cut government spending and shrink wages, measures that will have severe impacts for Greece domestically, according to Huffington Post.

“You put the debt swap in front of us like a piece of cheese on a mousetrap, which is 10 years of hardship,” Minister Dimitrios Papadimoulis stated as he addressed the Parliament of Greece, reports BBC. CNBC states that Greece has already cut the minimum wage by 22 percent, resulting in a minimum monthly wage of €580. The Greek parliament is scheduled to vote next week on pension cuts, reducing health care, education and the defense budget.

As cuts have continued to pass through parliament, Grecians have taken to the streets in protest. BBC reports that doctors and other health care workers went on strike last Thursday, joining the many other groups protesting the cuts in state spending.

In response to the protests, the Greek Finance Minister Evangelos Venizelos told the BBC that not ratifying the European Union’s deal would be “catastrophic” and, “The true dilemma is: either sacrifices with prospects, or complete destruction with no prospects.”

Al-Jazeera reports that after irresponsible spending and mistakes made on the part of the Greek government, it has forced to yield to the Eurozone’s demands in order to stave off widespread economic disaster. However, in order to appeal to the larger international community, Greece will be forced to place the needs of their own people after assuaging the debt crisis, a measure, states Al-Jazeera, that has become increasingly unpopular as Grecians begin to feel the impact of the austerity policies.