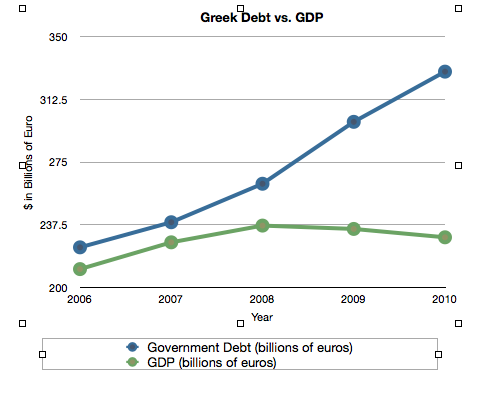 Riots erupted in Athens, Greece on Feb. 12 in response to planned austerity measures to help the financially ailing country return to stability. Over 80,000 citizens marched on the capital to protest the cuts, estimated to eliminate one-in-five civil service jobs and drop the minimum wage by more than a fifth. More than 20 people were detained and at least 40 buildings caught fire through the duration of the riots.

The meetings continued despite the protest and the Greek government quickly spoke out against the riots.

“Vandalism and destruction have no place in a democracy and will not be tolerated,” said Prime Minister Lucas Papademos in a speech to Parliament. “I call on the public to show calm. At these crucial times, we do not have the luxury of this type of protest. I think everyone is aware of how serious the situation is.”

The events have affected people around the world, including UCSB History Professor, John Lee, who has spent time in the country.

“First of all, I sympathize deeply with the people of Greece, who are enduring a very difficult time. I have many friends in Greece– ordinary people– who are losing their jobs or unable to keep running their businesses,” said Lee. “Archaeological sites and museums are being threatened. Just a few days ago the archaeological museum of ancient Olympia, the home of the Olympic games, was robbed and important artifacts were stolen. I am deeply saddened by the recent rioting and burning in Athens, a city where I have lived and worked.”

The country received a three-year €110 billion loan in May 2010, but only under the condition that it implement austerity measures. These measures led to wide-spread and massive protests and a national protest on May 5, 2010. Despite the loan, the country predicted a harsher than expected recession and lower tax revenues added to worries over the country’s future. This worry led to the necessity for a second loan.

The austerity measures currently being discussed come after the European Union and International Fund demanded proof that the country is willing to implement spending cuts and public sector reforms before they allow a second €130 billion debt rescue. The measures are aimed at avoiding bankruptcy as the country continues an economic decline that came to attention in 2010 and continues to weaken the country.

The austerity measures have helped the country in certain areas. They’ve decreased the country’s primary deficit from 15.8 percent of the GDP in 2009 to 9.3 percent in 2011, but these results came at the cost of five consecutive years of recession. Unemployment ratings were at record high of 20 percent in 2011 and more than a third of the country had fallen into poverty.

The measures have caused unrest both outside and within the government. The transport minister and five deputy ministers from various ministries have resigned in response.

Despite the disagreement of government employees and the protesters, the austerity measures passed Parliament on Feb. 13 with a 199-to-74 vote. The austerity package includes plans to cut 150,000 jobs from the state sector by 2015, changing laws to make it easier to lay off workers, and cuts to health and defense. The passage of the austerity package resulted in the decision by the Popular Orthodox Rally, one of the ruling parties of Parliament, to withdraw itself from government.

Connected to other countries in Europe via the euro, Greece has been at the receiving end of comments and advice from neighboring countries. As Greece continues its recession, Germany’s Vice Chancellor Philipp Roesler spoke on the future of Greece and how he believes the country must move forward.

“It is not enough to give financial aid. They must tackle the second cause of the crisis: the lack of economic competitiveness,” said Roesler. “For that, they need… massive structural reforms. Otherwise Greece will not get out of the crisis.”