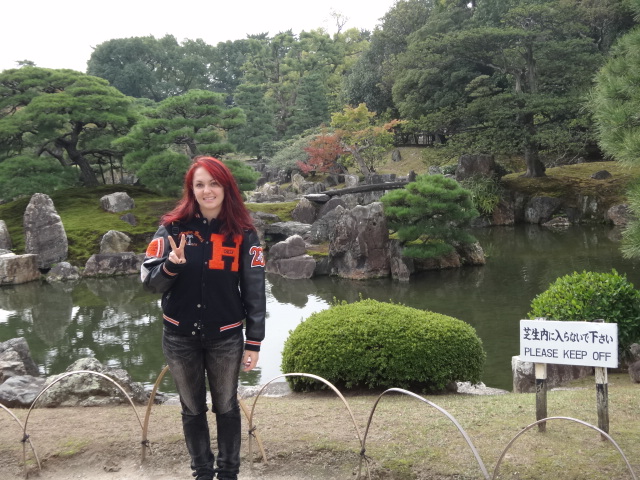 While her fellow Gauchos are cooped up at Davidson participating in the standard rat race for available outlets, one fourth-year student will be spending her winter quarter dead week 8,000 miles across the Pacific in a nearly-all-expenses paid trip to Japan.

The Japanese government invited 200 college students to the Japan Study Program from all corners of the planet to get a scope of the devastating- and lingering- consequences of the March 2011 tsunami that hit Eastern Japan and killed over 15,000 people. At a magnitude of 9.0, the earthquake was the most powerful to ever shake Japan.

The purpose of the program is to help international university students understand the tsunami-affected state of universities in the Tohoku region, to allow them to study the “revival processes from the extraordinarily large-scale disaster” and to help them “understand that the Japanese people are making great efforts to revive Japan with pride and vigor even after the catastrophic disaster,” according to a statement released by Tohoku University.

Hirohisa Miyamoto, section chief of the Student Exchange Division of Tohoku University, said that the University of California Santa Barbara and Purdue University were the only universities within the United States invited to nominate representative students.

Three UCSB fourth-years were nominated: Laurel Castenholz, Melissa Nilles and Ashley Mar. All three students studied abroad in Japan last year. While Nilles chose not to participate in the trip, Castenholz plans to head back to Japan next month. Mar’s decision was not verified at press time.

Castenholz’s study abroad experience was cut short by the earthquake, but she still continued to live in Japan. What was intended as a six-week summer language intensive program followed by two semesters at a university was halted
before the beginning of the second semester.

“Each chapter was completely unique in its own right,” said Castenholz.

“’Before the earthquake was great, but I don’t think it stimulated any real growth in me. It was an awkward transitional phase where I was just living day by day and experiencing what I could while still getting my studies done.”

Castenholz said that after the quake she returned home for a two-week vacation, but went back to live on her own in Japan from April to November of 2011.

“After the earthquake I had no choice but to learn how to be independent. I’m already a pretty independent person as is, but nothing can force you to grow up more than being completely alone, yet free to do whatever you please without restrictions, in a foreign country,” said Castenholz.

The students will spend the first four to five days of the future program in Tokyo and attend seminars to make them more acquainted with higher education in Japan, as well as visit Tokyo universities and take culture, science and technology-related field trips.

The participants will then split into three groups to experience three different regions of Tohoku-the Iwate prefecture, Miyagi prefecture or Fukushima prefecture. They will take part in similar activities as in Tokyo, but will also visit disaster-stricken areas and speak with local people.
The program will pay airfare between each participant’s respective home countries and Japan, accommodations and transportation within Japan and all meals throughout the program. Students are expected to communicate in both English and Japanese, write an essay on the experience the program provided and hold a briefing session with either their home university or a certain Japanese agency within the U.S.